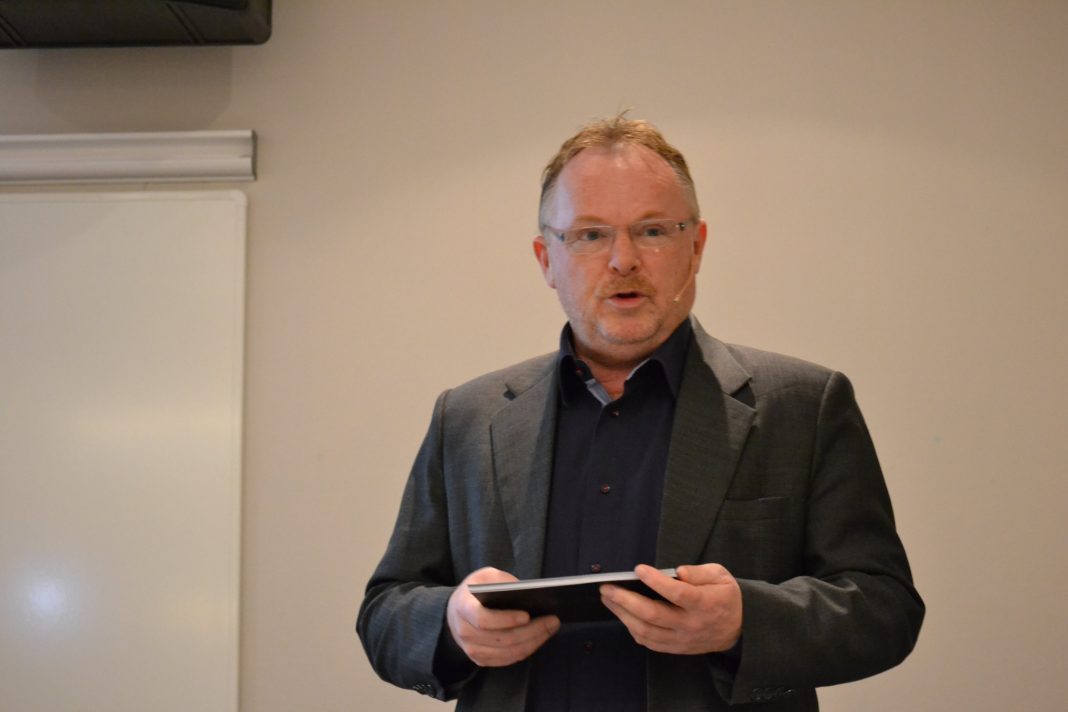 Fisheries Minister Per Sandberg opens a new round
of development permits

A total of 104 permit applications were received when the application deadline expired on Friday, Nov. 17th. This also marked the termination of a temporary scheme that started in 2015. “We won’t draw a line on development permits,” Sandberg said in his opening remarks.

“First, we need to process the 104 applications. The permits might be more focused in future, for example towards closed facilities.”

Hectic days
Sandberg said it had been hectic as the deadline ran out. “The last application came in fourteen minutes before the deadline. In all, eight applications came in during the final hour. That is testimony to an industry that keeps on going right to the end,” he said.

He used the occasion for a quick calculation: “If all 104 applications get a “Yes”, it’ll mean the industry has a 30-billion-kroner appetite for investment. There’s a total of 898 licenses in the those permit applications, and as per today we have 1,000 (to offer). That’s about what we have in volume today.

Non-flyers
In all, 23 salmon-farming project concepts have been rejected so far. Sandberg expects more to be binned but said even those are playing an important role development work. “The dared to try. I want to thank those who tried, took the risk and invested time and money in an applicaiton.”

The Fisheries Minister then singled out those who received permits, warning them to beware of spiralling costs.

Offshore knowhow
SandTberg emphasized the importance of a rapid transition in Norway from oil to aquaculture.

“We need new technology, an updated framework and new regulations. We will not hinder development. We’re going out there, far out to sea and that will give us growth.”

He also challenged the industry to utilize knowledge gained offshore: “Oil, gas and maritime is competitive advantage we have a tendency to forget.”