“Today is an exceptionally big day. We have now fully succeeded in financing the project. It has taken a long time, but only now was the time ripe. I am particularly proud that we have succeeded in developing a model – which is not the cheapest – but the best possible,” Sten Falkum, general manager of Hima Seafood, told Rjukan Arbeiderblad.

A Swedish and a British sustainability fund are important contributors as Rjukan-based Hima Seafood arranged financing for what they claim is “the world’s largest trout farm”. However, the American Riverence, located in the Rocky Mountains, is significantly larger with its 15,000 tonnes. 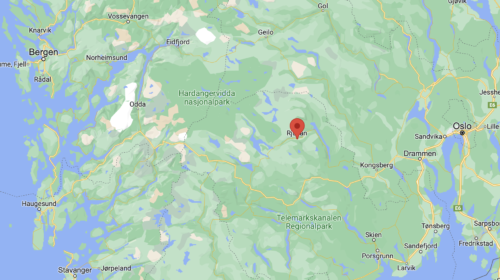 11 kilometers of pipe
Erik Osland is also on the owner’s side. He will also deliver trout roe to the facility, from Osland’s own stock.

The money will be used to build smolt plants, purification plants and food fish plants. In addition, an 11-kilometer pipeline will come out into Tinnsjøen, which the municipality and the farming company will work together to finance. In total, the plant will require 66 Gwh of power for operation.

Hima Seafood aims to recycle 99.3 percent of the water in a so-called RAS plant.

The taste
“The reason why Rjukan is the place is that here we have access to fresh, high-quality water. It is important for the taste. In addition, proximity to the market, access to process expertise and green, affordable power,” Falkum points out.

Villa Seafood will be responsible for the distribution and processing strategy of the finished trout product. A packing plant is being planned in the Oslo area.

The building will be a full 320 meters long, with a floor area of ​​around 27,000 square meters over two levels. The fish farm facility is expected to be in operation in 2024.

Historical site
During WWII, Rjukan was the site for a famous commando raid against the Nazis, who had made the area the focus for their production of heavy water, which was key to putting them in a position to build an atomic bomb.

The plant was built by Norsk Hydro Electric in 1911, making it the largest hydro plant in the world at the time. It was created to power a factory that was producing synthetic fertiliser but started to produce heavy water in the 1930s. When the Nazis occupied Norway, they took over the plant.

Sabotage operations were carried out on the Germans to prevent them from obtaining heavy water. In 1943, a specially trained group of Norwegians conducted the operation. However, the Germans later rebuilt the plant, forcing the Americans to bomb the factory months later, forcing the Nazis to abandon their plans.

The events of the raid were retold in the 1965 film ‘The Heroes of Telemark’, which starred Kirk Douglas and Richard Harris.

Norsk Hydro was among the founders of Mowi, in 1969.