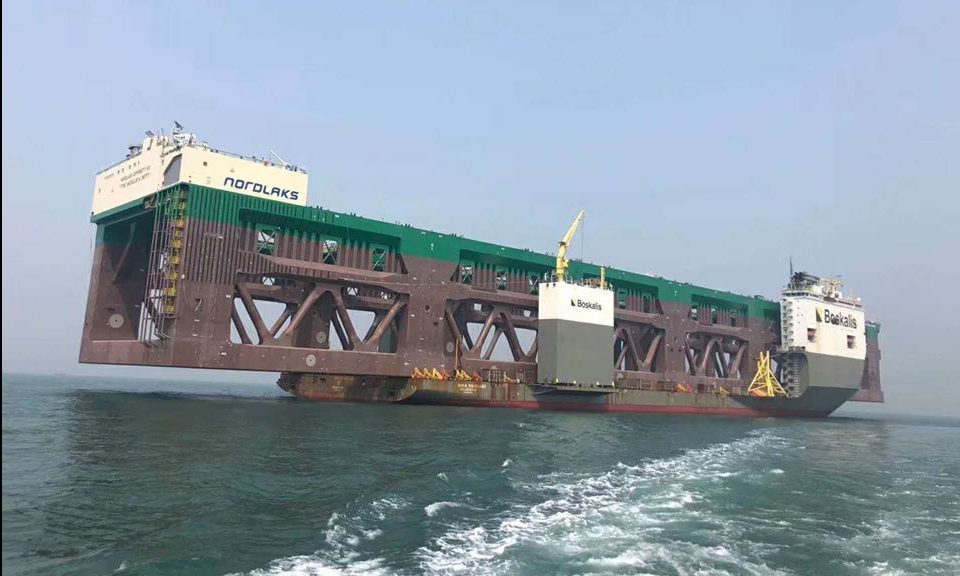 The gigantic fish farm has a long journey in front of it.

The ocean farm will be transported by ship, from the yard in eastern China and all the way to Hadsel in northern Norway.

The heavy cargo vessel “BOKA Vanguard” has arrived at Yantai. The shipyard and Boskalis are now working on loading and securing the ocean farm named “Jostein Albert” aboard the cargo vessel, Nordlaks writes on its Facebook page Tuesday morning.

Also read: The ocean farm sets out on maiden voyage

The 275-meter long formerly known “BOKA Vanguard” (“Dockwise Vanguard”) is a semi-submersible heavy ship owned and operated by the company Dockwise B.V. “Dockwise Vanguard” is the largest vessel of its kind ever built and is capable of carrying loads up to 110,000 tons, according to Wikipedia.

“It is now approaching a long drive home to Hadsel where the ocean farm will be completed, and then handed over to Nordlaks during the summer,” the company continues.