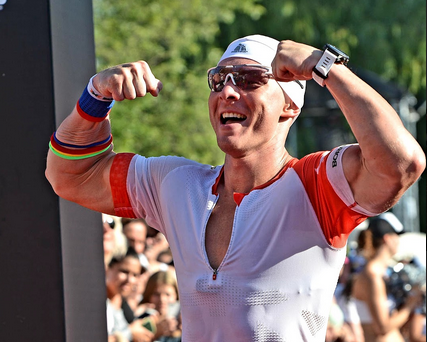 “He eats for five people. That is not normal,” the restaurant owner said.

A hungry diner has been given a ban from an all-you-can-eat restaurant – for scoffing too much sushi.

Former bodybuilder Jaroslav Bobrowski, 30 was asked to leave the Running Sushi in Landshut, Bavaria, after ploughing his way close to up 100 plates of sushi, sending the restaurant into a state of alarm according to thelocal.de

“He eats for five people. That is not normal,” its owner said.

The chef and owner of the restaurant personally told him he is now prohibited from returning.

“When I went to the checkout, I wanted to tip, but the waiter did not want to accept that,” he says of the locale, which has a fixed price of €15.90 for its all-you-can-eat sushi buffet.

Instead, he was discreetly told by the restaurant’s owner and chef that “I’m banned from now on because I’m eating too much.”

Bobrowski, an iron man athlete – who stands at 172 centimetres and weighs 79 kilograms – feels he works off his mountainous hunger, keeping his body fat “less than ten percent,” as it should be, he says.

However it now appears the ban is lifted.

Bobrowski wrote to SalmonBusiness saying that: “the Sushi that I prefer are mainly with salmon, probably the half of them. There is a restaurant called China City not so far away I could switch to but we have already made up with the innkeeper of the “conflicting” restaurant. So everything is apple-pie now.”