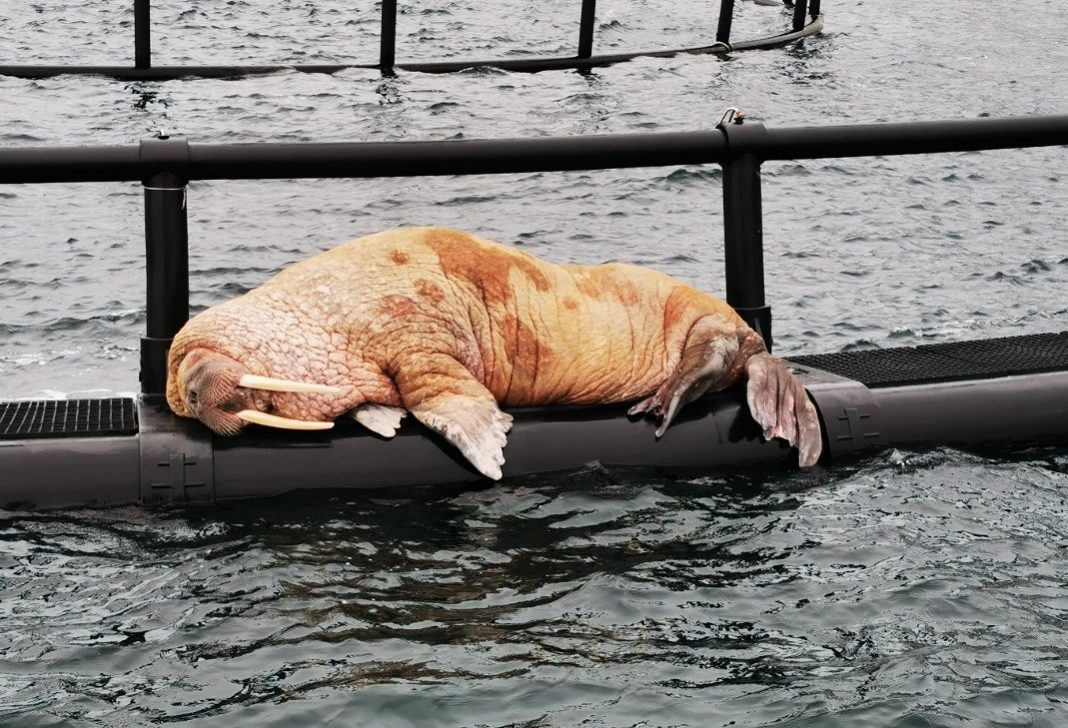 Salmon farm hand Jørgen Fure received a rather special visit when he was at work at a Cermaq site in Nordland, Northern Norway.

At first, Fure thought it was rubbish that had settled on the cage edge after a storm, but as he got closer to the plant in a workboat, it turned out to be a walrus taking it easy.

“I talked to it and it just looked at me and went to sleep. It didn’t care that I was there. When the boat reached a little too close, it jumped into the sea again. It was a very special experience,” said Fure to Avisa Nordland.

Fure confirmed the incident to SalmonBusiness.

“This happened on Sunday,” he texted.

According to SNL, there are currently four populations of walrus:

Marine biologist at the University of Tromsø and nature photographer Audun Richardsen, who is originally from Steigen, told Avisa Nordland that this is the first time he has heard that a walrus has entered the fjords in the municipality.