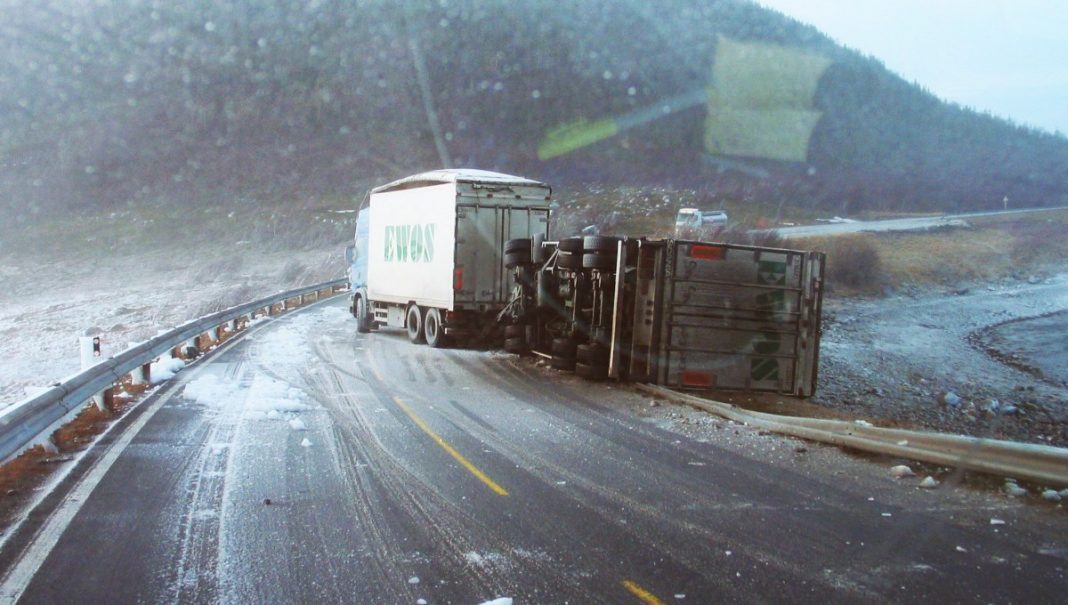 Fish delivery vehicles plying Norway’s mountains and fish harvesting by wellboat were seen to be at risk of disruption on Thursday, with ferry operations and bridges also closed to traffic during hurricane-like winds.

By mid-afternoon, the worst had reportedly passed, at least in the south, with only slippery roads and snow a threat. “The latest on the mountains is strong cooling in the south,” Steinar Skare of the Norwegian Meteorological Institute told SalmonBusiness, a nod to the likelihood of icy roads after milder temperatures during the day.

At potential risk are individual truckloads of the 27,000 tonnes of Norwegian salmon the Norwegian Seafood Export Council says are delivered out of Norway every week. Some of those deliveries could be delayed, as tractor-trailers are sidelined by mountain ice and coastal wind.

Use chains
More wind, rain and snow are expected by nightfall with snow and high waves still showing the potential to slow fish transfers by wellboat. Wheeled transports were advised to use chains on slippery mountain roads.

Early Thursday, the storm had caused chaos in northern Norway and winds of 165 kilometers an hour were still being reported off northwest Norway in the afternoon. “The wind is so strong we can’t stand upright,” Norwegian meteorological service, Yr.no, had quoted a power company employee as saying. Overnight, in blowing hail, he had tried to restore power to 2,500 homes along the northwest coast.

With Christmas deliveries of salmon to Europe underway, the eastern storms had unleashed winds of up to 180 km/hr. Current winds along the northwest Norwegian coastline are largely up around 80 km/hr, including at Narvik, where temperatures will plummet to -11 degrees Ceslius tonight, according to Storm.no.

Christmas deliveries
The databases of Norwegian statistics keeper SSB suggest 77 salmon-farmers are registered in the five northern counties most affected by the storm dubbed, Ylva, which struck overnight and is expected to pack strong winds for most of Thursday and part of Friday.

At the storm’s worst, Norwegian NRK had reported four Norwegian airports closed at Bronnoysund, Sandnessjoen, Mosjoen and Mo I Rana with flight cancellations and delays to and from Bodoe. Passengers spent the night at main international airport Gardermoen, north of Oslo, after delays of a up to a day for flight schedules that included northern airports.

As of 2:45 p.m., four of four departures at Oslo airport were delayed by up to an hour.