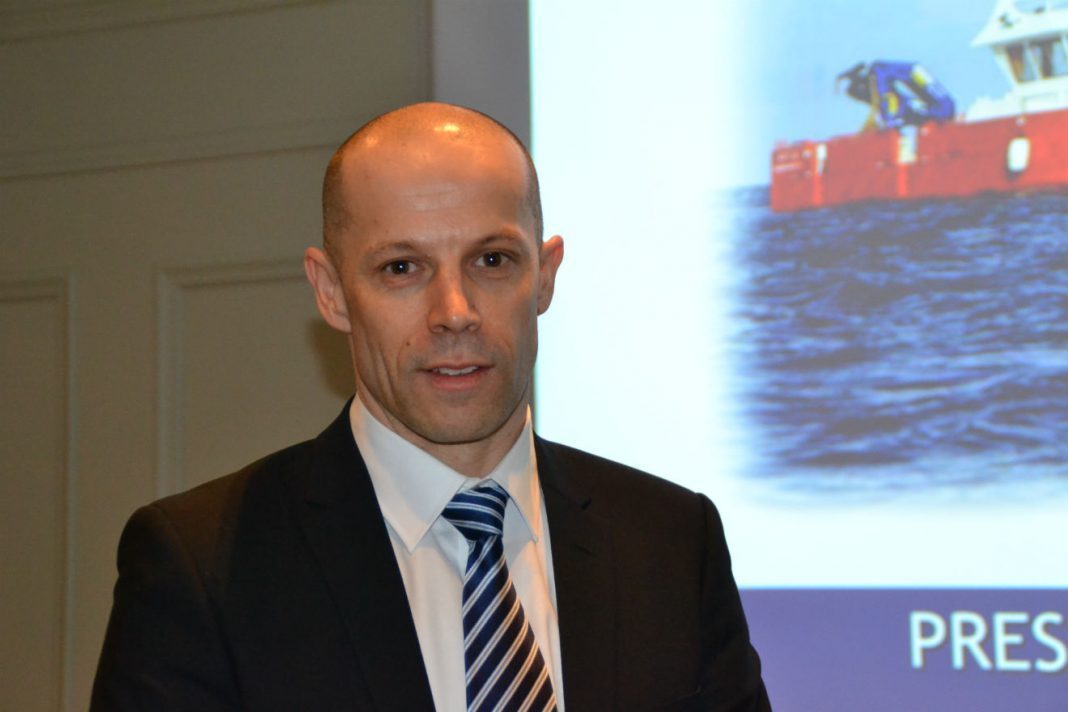 Norway Royal Salmon (NRS) is among the Norwegian salmon producers that have invested money in the development of the ambitious Icelandic marine farming industry. The investment has been made in a joint venture, Arctic Fish, owned 50 percent by the public listed company.

Arctic Fish has three farm sites in the West Fjords of Iceland, and NRS boss Charles Høstlund is particularly upbeat about a hatchery, which once constructed will have capacity for up to seven million smolt. The company aims to produce and raise post-smolt up to 500 grams as a means to reduce the time the smolt need to be exposed to icy sea waters.

Unduly low sea temperatures that cause sluggish growth is a matter of concern for the producers.

Climate variations
“Large stretches of the coastline are closed for cage-based fish farming. There are only five companies, three in the West fjords and two in the East fjords. We are primarily focused on staying in the western fjords, he said, adding: “The climate there is very similar to what we have in Finnmark [Northern Norway].”

Although chilly seawater slows down growth and rate of rotation, it also brings an advantage of lower lice numbers.

“It should be possible to increase production at least tenfold. We’re convinced the potential is there to produce 80-100,000 metric tons in Iceland,” said the NRS CEO at a Pareto Securities Seafood seminar in Bergen.

Gradual growth
“But this production won’t appear overnight. Growth will come gradually. It’s important that we learn from other countries’ experiences and not grow too quickly, he said, and elaborated: “We should promote growth founded on a generation model: Everything in, all out. Sturdy regulations need to be implemented, on the basis of what we’ve observed in other salmon-producing countries.”

He pointed out that while it is colder in the Icelandic sea in winter than in other salmon producing regions, there are good growth conditions in summer and autumn. It is therefore crucial to time releases properly to avoid two winters in the sea.

“There is massive potential, but also challenges that have to be resolved,” said Høstlund.