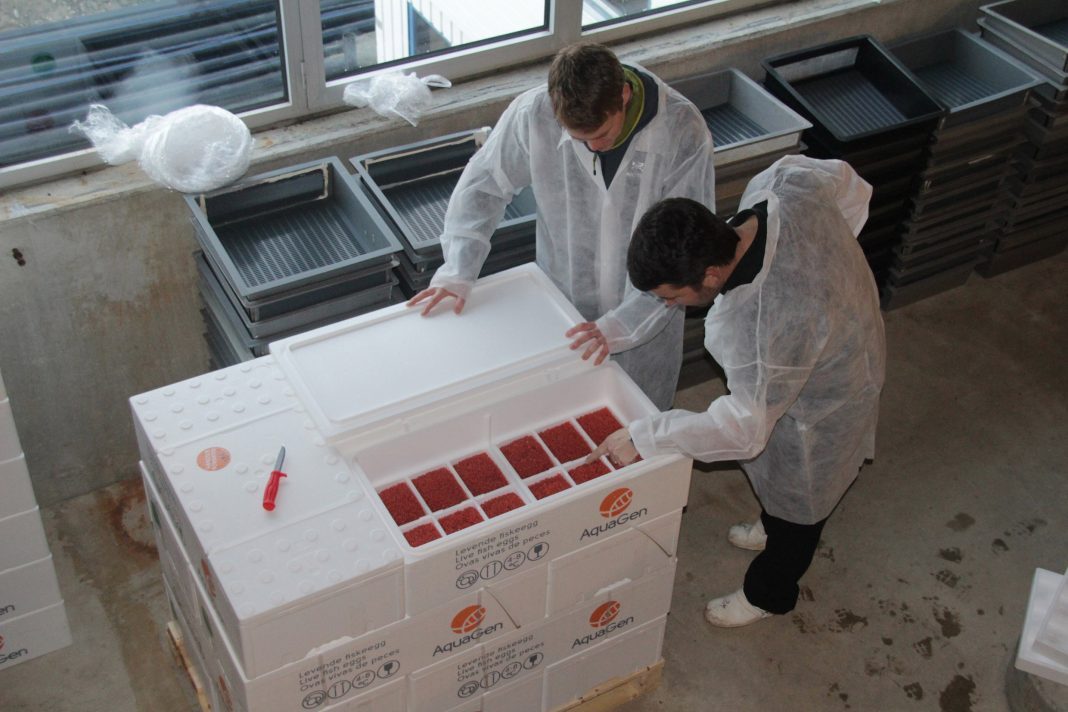 In just half a year, three Norwegian brood facilities have shown signs of infectious salmon anemia, or ISA.

It was just after Christmas, when a report came in that ISA was suspected at the Profunda facility in Oersta township.

Just weeks earlier, ISA was identified at a SalMar brood facility in Rauma township. In the summer, ISA showed up at AquaGen Tingvoll.

Problematic
Does this affect AquaGen’s exports to, say, Scotland?

Three ISA cases in half a year. Does that threaten roe deliveries abroad?

“Yes, you have to have a special permit for an area historically ISA-free or been monitored for two years. Many facilities have that status or are on the way to getting it. Should too many lose their certificates it might become problematic,” she said.

Alternate stores
Whatever the case, both SalMar and AquaGen appear to have control of both planned production and expected deliveries. “We have replacement roe available, so that works. We have to use alternative roe, so the distribution will be different,” said Olav-Andreas Ervik, chief executive for aquaculture at SalMar, which owns the Rauma facility.

AquaGen’s Santi said the same thing. “We have good production security and we went through production planning after what happened this summer. We have delivered and had loads of roe in storage this season,” she told SalmonBusiness.

Helge Ressem at Profunda is taciturn on the situation in expectation of an answer from the Norwegian Food Safety Authority on how to handle the proceed. “Things haven’t been clarified with the Food Safety Authority yet. What’s been done is that we’ve taken samples and sent them to a lab for analysis to see if those suspicions are strengthened or lessened,” he said.

“The up-to-date information is that none of this will affect the market for roe.”