“Saga Sea”, “Antarctic Sea” and “Endurance”. In the fishing grounds of the Antarctic, Aker BioMarine has three large factory vessels fishing for krill. These ships are combined fishing vessels and meal factories. They have replaced the fishing boats and floating processors that until the 1960s plied the same waters hunting for whales. Aker BioMarine has gone a step higher up the value chain, cutting out fish and whales. For the company, the opportunity is in catching, processing and selling krill.

The small crustaceans graze on green algae that form in large “grasslands” under the sea ice in Antarctica. The krill can be found from the sea surface down to a depth of 350 meters, and are caught by pelagic trawling. The fishing season in Antarctica starts at the end of November and lasts until the end of September / October. The fishing grounds are seven days sailing from Montevideo, in Uruguay, or four days from the Falkland Islands.

Krill meal
“Krill is processed immediately, a fairly advanced process that is responsible for all the products that enter the aquaculture market.”

This is what Matts Johansen, the man that Aker owner Kjell-Inge Røkke has previously called the krill company’s answer to Liverpool manager Jürgen Klopp, said.

SalmonBusiness meets the CEO on the bridge of the brand new freighter “Antarctic Provider”, which is located at Avaldsnes in southern Norway this week. From the bridge you can look over to BioMar’s feed factory by Karmsundet, where the ship has unloaded krill meal. BioMar is one of Aker BioMarine’s most important customers.

“We also make products for the pet food market, and then we have intermediate products that are further processed for human consumption, at a factory on land in Houston, Texas,” said Johansen.

Nutrients
He makes no secret of the fact that products for human consumption are better paid than feed ingredients for animals and fish. About 20 per cent of sales are in that segment.

“On board the fishing boat we make a krill concentrate. We remove water and are left with all the nutrients from the krill. We refine the various nutrients. We take the lipid fraction out of that flour, and make an omega3 product, and then we can take out the protein fraction and make the protein product. And then there are many other important nutrients, such as choline, such as astaxanthin, which one can isolate and use to make your own products.”

Astaxanthin is what gives the dye to the pink flesh of salmon.

“It’s an antioxidant. In salmon, they use it for colour, but it is also used in some health products.”

“But there are forces there in relation to more organic salmon production. So there is an advantage to the krill meal, a natural red color of krill, which is a natural part of the salmon’s diet.”

“Growth; in the early phase you get an ‘interest rate effect’. That is, you can make a relatively small investment when the fish are small and get a big effect in the end. Then the fish grows faster, earlier feeding. But our largest volume is probably in the final phase, the last six to eight weeks, to boost growth towards the end. The second is that it becomes more robust against stress, for example after lice treatment and also more robust against viruses and disease outbreaks. And the last thing we have been working on in recent years is quality. Reduced melanin stains, better texture and color. Some salmon have a diet that is not completely natural for salmon. By adding krill to the diet, one can increase the quality significantly.

“We work to produce a properly differentiated product. Among other things, we collaborate with Alex Sushi in Oslo, which has a “special edition salmon”, the quality is out of this world, he said enthusiastically.

It is a price premium for krill meal compared to ordinary fish meal?

“Yes, but it is still a fairly cheap product if you see the effects you get out of it.” he pointed out.

Aker BioMarine has high hopes for increased quality and differentiation of salmon products.

“Our vision for salmon, look at chicken, look at meat, in all the food segments that manage to differentiate the products. That’s really the way it is for salmon as well. Here in Norway it is like ‘ok, we have Salma’, but it is possible to get salmon priced much higher.” 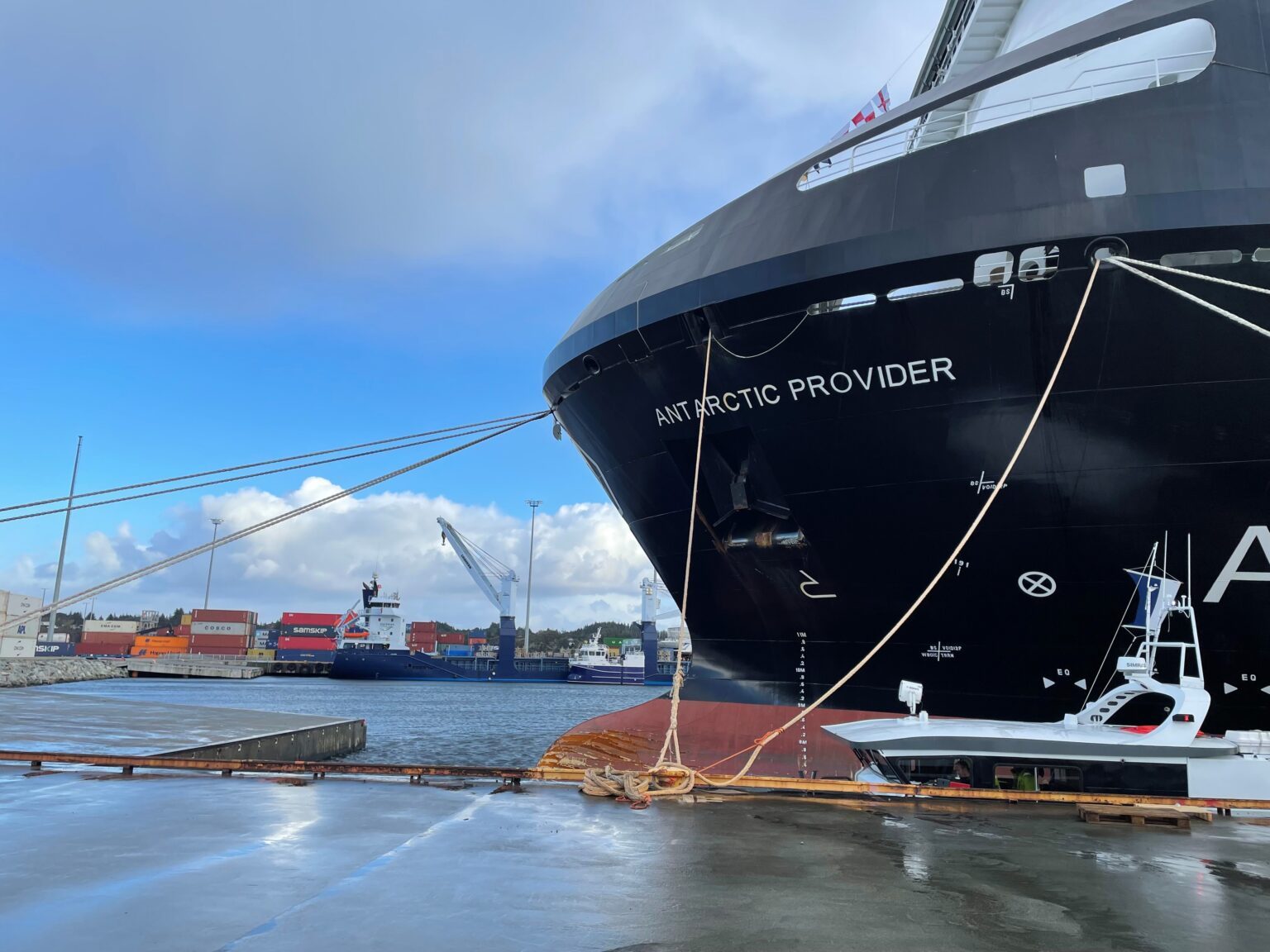 Enormous biomass
Aker BioMarine’s raw material is sourced from a rich stock. It has been estimated by research institutions that krill biomasses around Antartica equates to 300-800 million tonnes.

“It is the world’s largest biomass. There was a large research expedition in 2019, with the Norwegian ship “Crown Prince Haakon” and then the biomass had grown by 17 per cent since the last time such a trip was made, in 2009. The quota is ten per cent of the biomass, which is a conservative quota, but then one has established a precautionary catch limit which is ten per cent of the quota. So the real quota is one percent.

One thing is the catch. Another thing is to get the goods marketed and sold – at the right price.

“The market must be built. It is not like fishmeal or fish oil,” says Johansen about Aker BioMarine’s pioneering work.

Transition
The closely cropped Johansen has been CEO for six years and worked in the company for a total of 12 years. He originally came from the telecoms business, and describes himself as a “half-educated robber”. However, the transition from telecoms and consulting was not so long.

“It’s a lot of the same. There are goods to be sold, products to be developed. It can often be good to come from another industry. For me, it has been valuable to bring it into this industry, which is a little younger and yet to mature. We have built it from scratch, to almost three billion dollars, stone by stone, over the years. High tech boats, a lot of research, to document health effects. We have a large commercial team working on how to market the products.”

The freighter “Antarctic Provider” has a Wärtsila engine, and a world record for low CO2 emissions against power. Sustainability is at the top of the agenda for Aker BioMarine.

Emissions
“We will halve CO2 emissions over the next nine years. And have zero emissions by 2050,” he said.

It also means that the company will move away from fossil fuels to power the boats. They are considering several alternative sources of energy.

“Right now it seems that it will be ammonia, when it becomes commercial. There is a lot of investment in that area. We are collaborating with Aker Clean Hydrogen, which can also produce ammonia, and are looking to set up production in Uruguay. Not just for us, Uruguay is one of the countries in South America that has one hundred per cent renewable energy,” he said.

“We believe that salmon producers in the future will be measured on the CO2 footprint of that salmon, and then it is feed that is the largest contributor. And then we believe that coming up with a low CO2 footprint ingredient in salmon feed will be an important success factor for us to drive both price up and value up and increased volume. So it’s not to be kind, it’s a license to operate and the way one can take out super premiums.”

The Aker Group believes that changes will force their way forward.

“We believe the latest climate report that came, which shows scenarios with increased temperatures, the authorities will have no choice but to force through CO2 taxes and provide incentives for the new energy sources for change to take place. For it must happen, otherwise there is no future. So then we think that the companies that are well positioned and start properly, they are well positioned to be very successful. Under the Aker Horizon umbrella, there are several companies that are already well positioned for it,” Johansen points out. 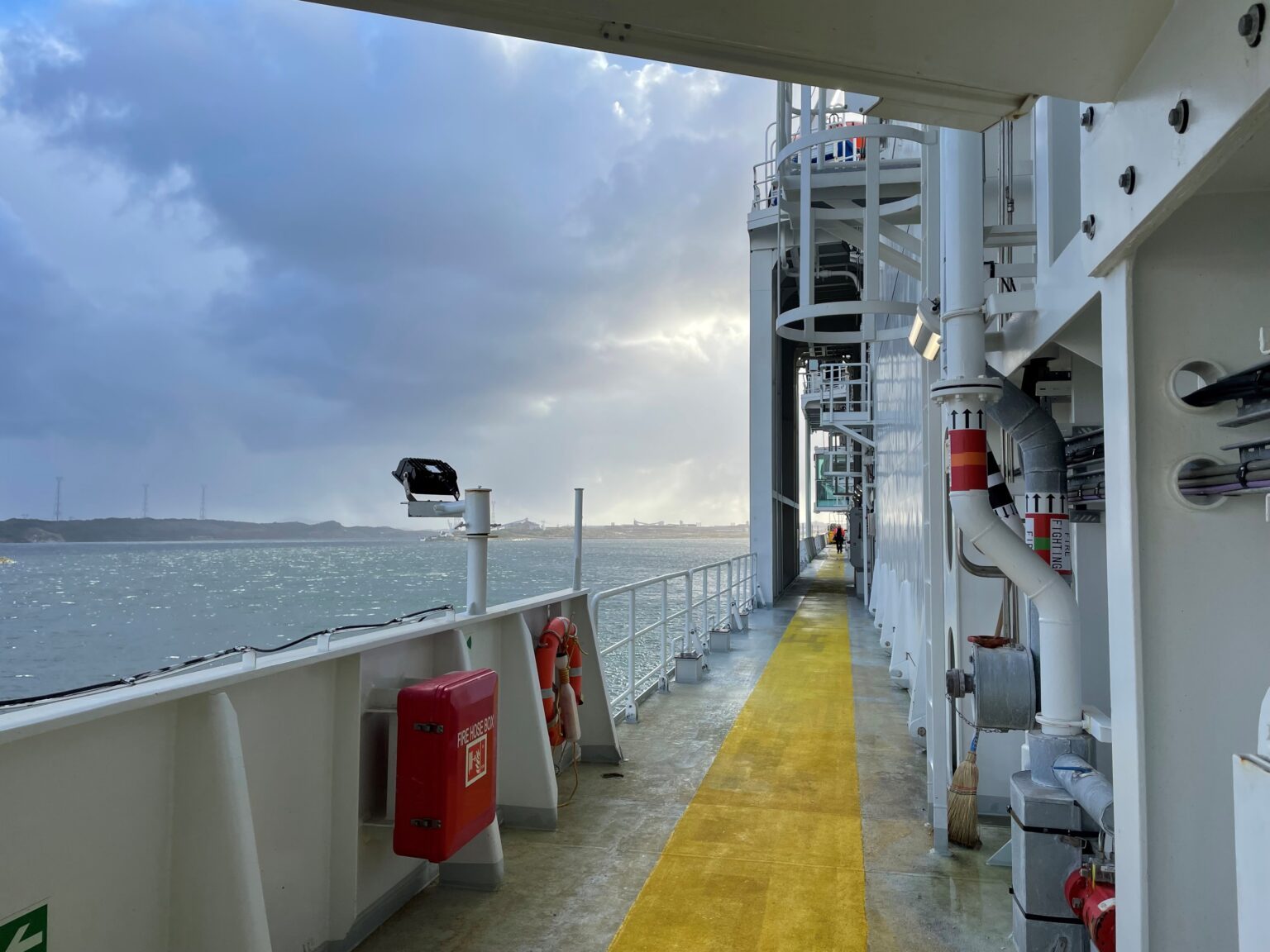