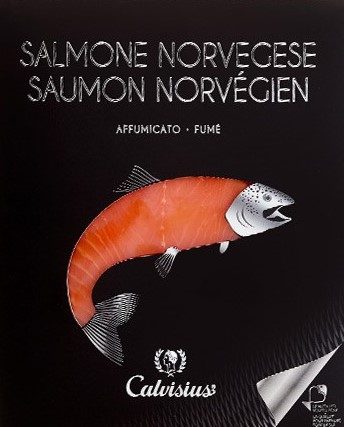 It’s the secondo — the second course in a large Italian meal — where salmon is increasingly the choice of 60 million Italians, say some new numbers and Europe’s chroniclers.

According to the European Market Observatory for Fisheries and Aquaculture, Italy is a bright spot for retail sales of salmon, and even last year, when high retail prices caused some demand destruction, more Italian consumers reached for salmon. Outside of Italy, ordinary Europeans were “searching for cheaper alternatives”, a March 2018 report by the Observatory said.

Big appetite
On Thursday, Norwegian export numbers from the Norwegian Seafood Council confirmed exports of whole salmon from Norway to Italy are up 20 percent so far this year over last and have reached 10,323 tonnes. That’s a little more than Norwegian exports to The Netherlands with its logistical connections to Germany, the rest of Europe and the world.

Oblivious to other Europeans, Italians are paying EUR 7.61 per kilogram for their Norwegian salmon, or 12.5 percent more than last year at this time. Among Europeans, only the Portuguese are paying more.

Salmon retailers
Milan-based smoked salmon producer, Fjord — which went bankrupt in June of 2016 — couldn’t be reached for comment. It’s now owned by caviar and smoked salmon giant, Calvisius (owned by Agroittica Lombarda) with its own popular smoked brand that pre-dates the Fjord acquisition.

Fjord had specialized in smoked Atlantic and Pacific salmon, and it smoked three thousand tons of these every year. According to ItalianFood, Agroittica auctioned the Fjord production and logistics facility for EUR 3.45 million in order to launch a new Fjord.

At the time of the auction, Calvisano president, Giovanni Pasini, said Fjord would help his company “play a leadership role in the area of ​​smoked products, especially in the salmon where we are already present with the brands Calvisus, Agriittica and Cavalier”.

“This is a constantly growing market,” he said, adding, “The consumption figures estimate that in Italy these products are worth more than 300 million euros.”

Prices
Fjord and Calvisus salmon, he said then, would use the same sales network in Agroittica, where a new smoker plant at Ferd Busto Arsizio would be “useful for to increase its production capacity”.

Judging by the Calvisius brochure, there’ no shortage of Italian appetite for salmon as luxury item or secondo ingredient. If current trends continue, salmon seems bound for the primo, or main course.