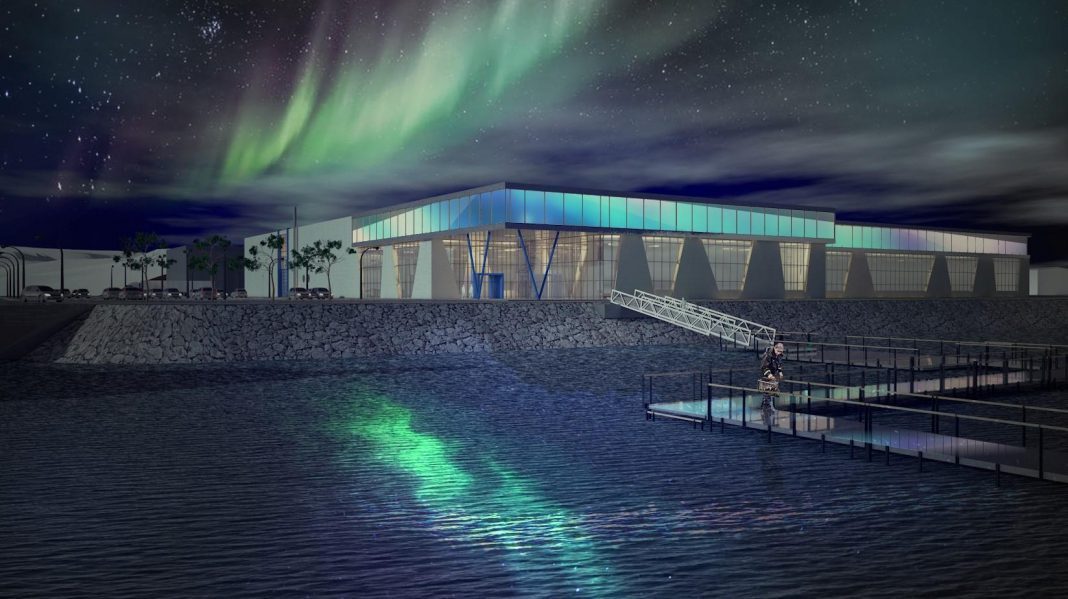 After a lengthy and exhaustive process, SalMar’s Board of Directors has opted for Klubben Industrial Park in Lenvik Municipality as the location for its new slaughter and processing plant in Northern Norway. In June the municipal council convinced Gustav Witzøe & Co to build in Lenvik.

«We expect to spend around 675 million kroner (€70 million) building what will be one of the world’s most advanced plants for slaughtering and value-added processing (VAP) of salmon. This will be a significant step toward strengthening this region’s position as an important industrial driving force for the company’s development. This investment is founded on SalMar’s basic principles of commitment to social responsibility while achieving the best possible creation of values through environmentally sustainable growth”, the company wrote in a press release.

Completion scheduled for second half of 2020
Listed salmon farmer SalMar is now set – without further ado – to commence projecting and planning of the new industrial plant, now that Lenvik Municipal Council has approved the zoning plan for the area.

The company expects to kick off construction in the summer of 2019, with the intention of having the plant up and running in the second half of 2020.

Complete industrial fish farming value chain
The distance that must be travelled to the major markets is a major cost bugbear that SalMar is keen to offset by establishing a coherent, integrated value chain. SalMar is now well on the way to becoming self-catering with smolt from their new, hypermodern smolt production facility on Tranøy Island, which supplies marine farms in the north.

“Once we have our new salmon factory finished in Lenvik, we will also be able to process and value-add process salmon when they are ready for harvesting. In this way we will have established a complete industrial fish farming value chain in the north of Norway. This value chain has been further strengthened since SalMar invested considerable sums of money in acquiring new production licenses through an auction, expressly for the purpose of securing constant access to raw materials for the new plant. Altogether, this will enable SalMar in the future to directly supply extensive regions of the world with wholesome seafood, produced entirely and delivered directly from Northern Norway,” the company wrote.

In-depth assessment
According to SalMar, the choice of location was decided after an in-depth assessment was made that was based on several criteria that have played a major role in the company’s industrial development in a long-term perspective. These included access to marine acreage, expansion potential, infrastructure, available workforce, external conditions for the industry, and synergies in relation to other industries.

“For SalMar’s part, it has been highly encouraging to register the capacity and willingness of the municipalities in Midt-Troms to collaborate on developing an industrial region renowned for its dynamic growth. This joint investment in industry and value creation for the region is also apparent in the effort put into preparing a shared strategic industry plan for the eight municipalities of Bardu, Berg, Dyrøy, Lenvik, Målselv, Sørreisa, Torsken and Tranøy,” the company wrote while adding:

“It was very gratifying for SalMar and pertinent that the Midt-Troms regional council, which comprises all these municipalities, expressed in a joint statement that they were primarily focused on having a slaughter and processing plant established in the region, independent of municipal boundaries.

“We were faced with two excellent alternatives. Both municipalities with exhaustive, professional and convincing documentation – but in the end we had to choose one, and that was Lenvik, based on a total assessment. Our ambition is nonetheless that this constitutes an industrial boost that will be positive for the entire region. Furthermore, that the counties of both Troms and Finnmark will experience a positive ripple effect due to the development of an industrial cluster here in the northernmost region of Norway, in the form of investments, use of suppliers, employment, environmental benefits and growth in other industry,” concluded the company.