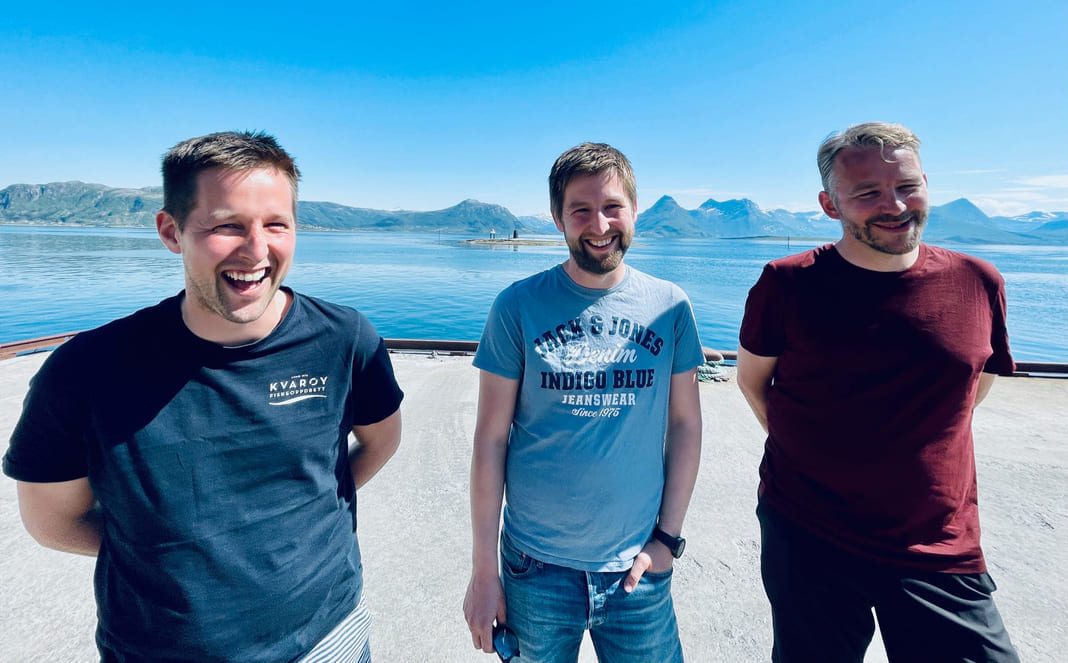 “A completely different arrangement in the US”.

Norwegian family run fish farm Kvarøy Fiskeoppdrett (known outside of the country as Kvarøy Arctic) expects to sell USD 80 million this year. According to the forecast, they are already in a good position.

“If we settle the status today, it has been more than double what we expected when we started our journey in the USA,” said Alf-Gøran Knutsen.

“In the US, the reopening has come a long way. Much faster than we previously thought. I recently talked to the sellers who chat about high demand is now. This will have a good impact on the 2021 result,” he said.

“Launching a new brand at the same time as the world is being shut down became a big challenge. If we have a brand, yes, we have to deliver. That’s what we’ve done. We stood in it and delivered what we were supposed to, despite high shipping rates and more,” said Knutsen.

“It has cost us a lot. We will reap from this for many years to come. But already this year it will kick off, no doubt. Now it’s about cashing in,” said Alf-Gøran Knutsen.

Too small a margin
It worried Knutsen that the intermediaries were left with too much of the profit when they sold to Whole Foods. The company remains the largest customer of Kvarøy Fiskeoppdrett with 75-80 per-cent of what they deliver in the USA.

In total, the company will produces about 7,700 tonnes of salmon this year. Most of it goes to the United States.

“We have invested in a salmon that costs more to produce. Therefore, we depend on having a certain margin. We didn’t think we got that margin. That’s why we made moves with our own brand,” said Knutsen.

Skilled advisor
Alf-Gøran Knutsen said that they simply decided that they could do this best themselves. He believes without a doubt that they already see the contours of success with it.

“We were fortunate to attract highly skilled advisors. They helped with how we were going to implement, create a profile and build the brand,” he said.

“There is a team of consultants who are constantly working on this. It’s led by Jennifer Bushman. She has been very central and highly skilled in our strategic work in the United States. Bushman made us really believe in our plans,” said Knutsen.

A couple of weeks ago, they were named supplier of the year in all fresh produce at Whole Foods. In the past, they have received awards in seafood, but this time it is the main prize itself. Alf-Gøran Knutsen believes this proves they are doing something right.

“The price itself is on the way in the mail, and there will be a digital award ceremony. In addition, we have won another award “Fast Company” where we were recognized for our work on sustainability together with companies such as Nike,” said Knutsen.

“It’s taken off completely, and at the same time, it’s quite strange. On the 1st February last year, the Kvarøy Arctic brand was founded. On the last day of February of the same year, Knutsen was in New York for the last time. Knutsen’s plan was to be there at least once a month,” he added.

Selling hot dog
He is the boss of Kvarøy Arctic and responsible for the five employees. There are two on logistics and three on sale that sit scattered in the United States. Miami, Washington, Denver, Boston and Salt Lake City.

“We have had to change our focus. From investing in the HoReCa segment, we had to switch to retail. We have succeeded in this,” said Knutsen.

One of the products they supply retail is hot dog and burgers made of salmon. They now ship two to three containers of sausages a month. One container carries just over 100,000 sausages.

“It also took off and opened doors for us into the store,” he said.

“I hadn’t imagined that I would be such a good sausage seller,” smiled Alf-Gøran Knutsen.