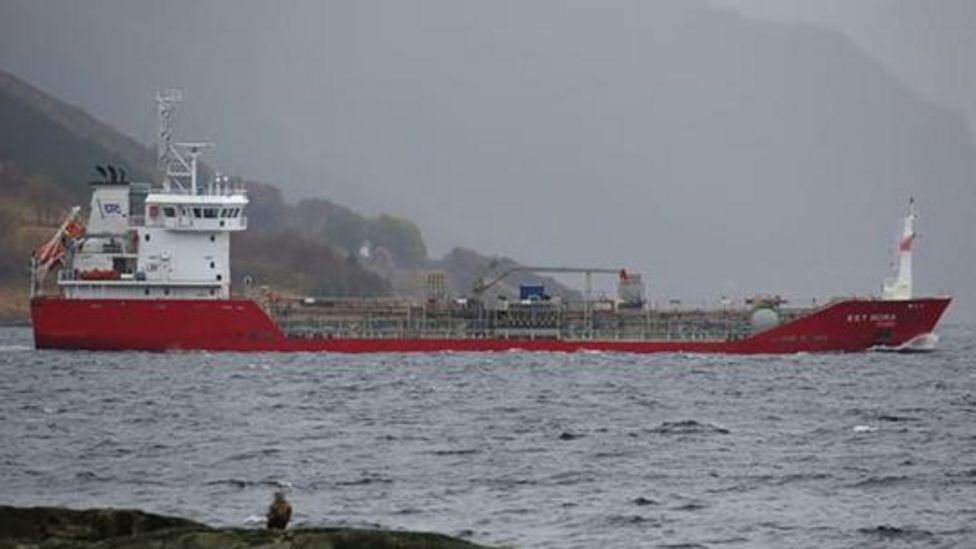 A report into the grounding of a chemical tanker at Kyleakin, Skye, has been published by the Marine Accident Investigation Branch (MAIB).

The Gibraltar-register tanker was approaching Mowi’s pier at Kyleakin, Skye, when the incident happened on 28 March last year.

The report found that the tanker carrying chemicals ran aground because the crew used seabed survey data that did not show a boulder near a pier, an investigation has found.

The “Key Bora” was aground for about 12 minutes before re-floating.

MAIB said the crew used locally-produced data rather than an electronic nautical navigation system, which would have shown the boulder. MAIB has made safety recommendations to Mowi about its operation of the pier.

The investigation also identified significant weaknesses in the safety management of the Kyleakin pier, owned and operated by Mowi. This included that the site was not being operated in accordance with the Port Marine Safety Code, and there was no marine safety management system.

“Mowi had cited both items as risk mitigation measures in its application to Marine Scotland to build the pier; however, these measures had not been implemented before operations commenced. This happened because there was no process in place to ensure that risk mitigation measures, described in the licence application, were in place before operations commenced.”