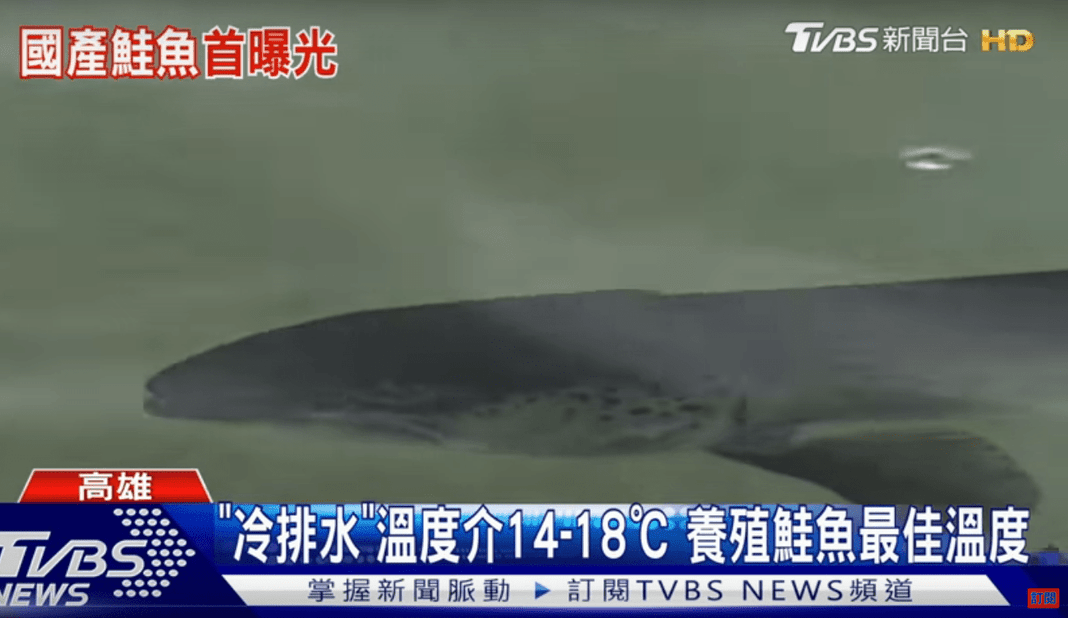 A company called Haida is producing salmon in tanks in Taiwan, for the very first time, reports TVBS news.

The footage, filmed last July, shows the site producing Atlantic salmon. The facility is next to a natural gas plant, where the company sources its LNG from.

The government has worked with the Haida team to produce the site, which has been “operational for years”. At the time, a Haida spokesperson said that three more sites are in the pipeline.

“Using LNG water to farm salmon, it is actually in the bacterial infection or the condition of insects, are relatively low, normal space environment, water temperature is no problem under the condition, it is to grow to three to four kilograms, in fact, only need about two years,” said a Haida spokesperson.

Annual salmon imports, around 20,000 tonnes a year, to Taiwan are worth around USD 100 million, accounting for 35 per-cent of all imported fisheries, and is the country’s most popular fish.