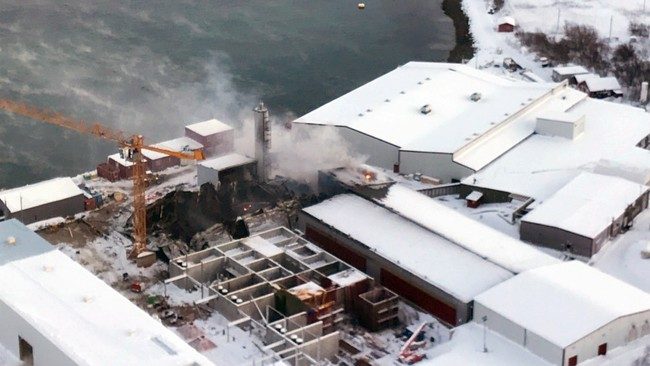 The worker was a subcontractor from Namdal, Central Norway.

“He was found out from the information we had put in before. He was in the first building that burned and collapsed, before building number two caught fire,” said police operations manager Svein Erik Jakobsen to iFinnmark.

The man (35) was employed at Namdal Plast, a company that makes plastic products, and had been working at the Lerøy-owned Laksefjord when the fire started Sunday morning at 07.40. The man’s body has been sent for autopsy.

At the request of the family, the deceased man’s name has not been released.

The police have started to investigate the fire. Eight people have been questioned.

“We cannot go into detail on what is explained, but what we know is that maintenance work was carried out when the fire started,” police service manager Einar Ingilæ said on Monday to iFinnmark.