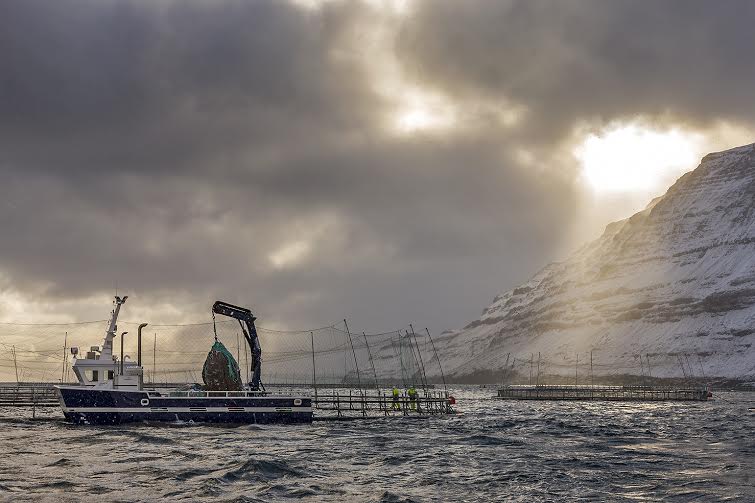 Salmon price up for third week in a row

“Fish farmers end the week nicely. There’ll be an uptick (in price). The only question is by how much. We’re probably in the mid-60’s, I would say, on the 3-6 (kilogram fish size),” the buyer at a salmon smoker said. He added, “It wasn’t long ago that we were at 50 kroner. That’s three weeks ago.

“There’s been a price increase since then,” he said, pointing to drivers like the Chinese New Year this week and the fish-only time of fasting, or lent, that lowers beef consumption and increases demand for fish.

“It’s a surprise for us. We saw prices of between 50 and 60 kroner hanging around until summer. But, the biomass has been eaten away far faster that we expected.”

The message today is clear. There’s been a jump in price.

“Totally wild. Shortage. Shortage, and prices going right up,” a salmon trader said. He was seeing prices of EUR 6.2 and EUR 7.24. “Some got 70 kroner he said.

“I believe in high prices in March and April. Then down. Poor growth and MAB-building are the main reasons, together with campaigns on earlier prices.”

The six industry sources SalmonBusiness talked to today refer us to the following salmon prices for next week:

“I haven’t set prices yet, but I believe it’ll be in the upper end of (the 6-euro) range,” an exporter said.

“Two to four kroner (a 0.2 to 0.4 euro rise) is what people are talking about. There’s little processing at the moment. Very little harvesting,” another exporter said.

“Last week, processing slid below last year’s (levels). There’s little harvesting. They’ll probably work on what they have, so there won’t be much processing. That’s how it will be next week and possibly the week after.”

A salmon smoker’s procurement man was up in arms over the hefty price hike seen over the past three weeks.

“It’s completely nuts. We’re in the (6-euro range). The highest I’ve heard is 69 kroner.  Soon it’ll be two euro over two weeks! That’ll mean a big loss for processors. No one reckoned on these prices. No one could have predicted this. For sure, there’s fish in the sea, but that’s not deciding it. It’s worse that the currency market — 10-times worse! Bitcoin and salmon — neither is very predictable.”

Currency changes were made to this story on Monday, Feb. 2nd, to reflect sources used.