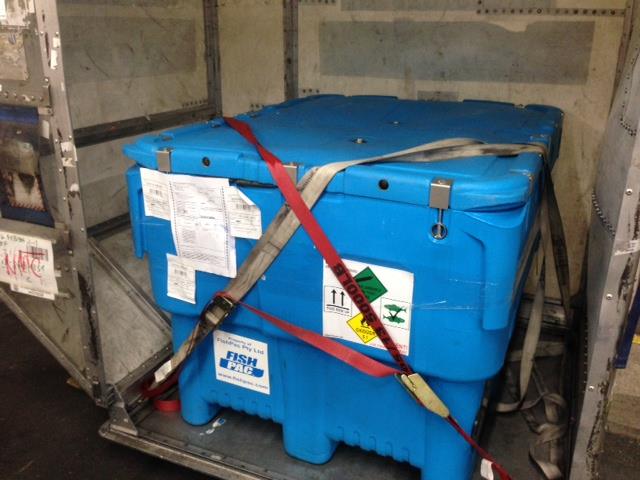 Made-in-Australia, live-salmon transport tubs by FishPac will soon be produced and distributed under license in Norway, it was learned Wednesday.

The air-transport bins with lids are heavily used to ship shellfish in Australia, Asia, Canada and the US. While the manufacturer guarantees “less-than one percent mortality across 30-plus hours of transport”, the FishPac containers also allow for the easy tracing of transported fish.

Now, LipFish of Norway — normally a seller of salmon-cleaner fish — has a first European license for the system, newspaper Nordlys has reported.

Tested tackle
“You can’t find this in Norway, and that’s very strange with the resources we have,” Lipfish’s founder, Tromso-based Robert Robertsen, was quoted as saying. He started the company in 2010.

In 2017, 37 billion kilograms of fin-fish and shellfish were moved in these types of containers.

“It can measure carbon-dioxide, salt content and temperature, among other things. In that way, the customer knows the quality of the fish when it arrives,” Robertsen told the newspaper.

Smolt trials
In June 2017, the company completed successful Atlantic salmon smolt transport trials. Packing densities of 80 kilograms per cubic metre were achieved over 24 hours “without mortality of any significant stress” to the 500 kg of live product per shipment.

Tests toward moving adult salmon in the cases were underway as of last autumn, when the company made available a report on the smolt trial. The company seemed, at the time, to be looking for “interested parties” and now appears to have one in Lipfish.