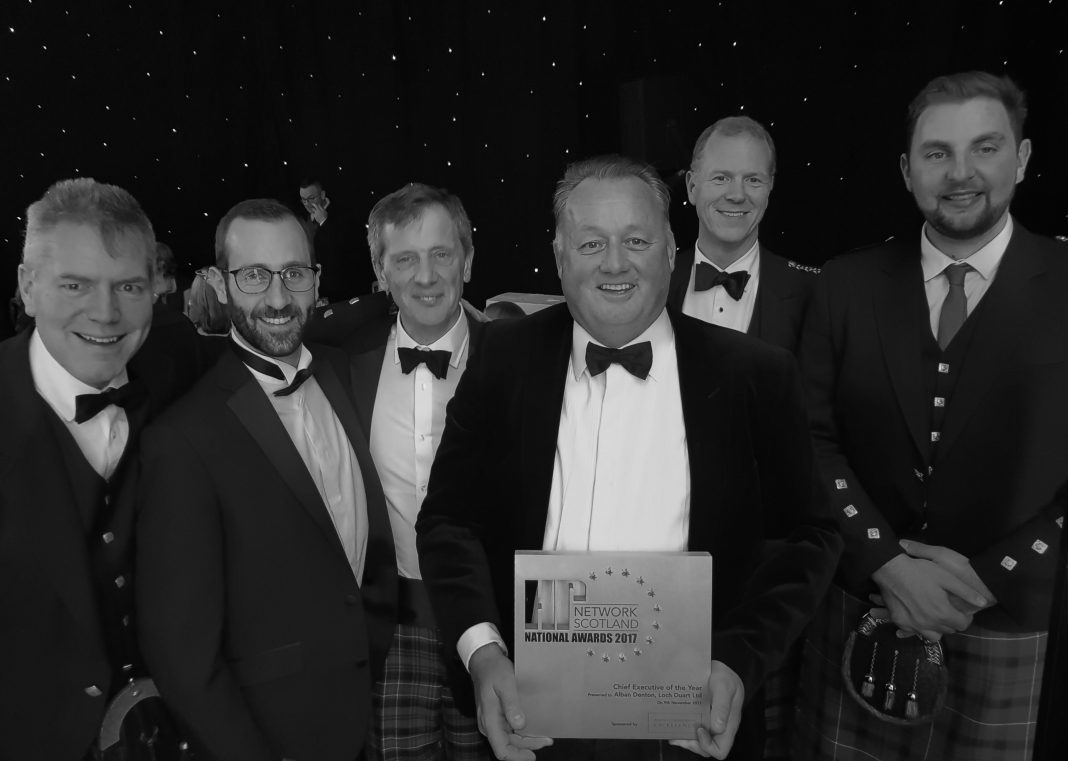 Recognised as the largest and most prestigious HR awards in Scotland, they celebrate the champions of the Scottish HR profession.

Alban was presented with the award at a Gala Dinner at the Glasgow Hilton Hotel Thursday night in front of around 800 guests from the world of human resources, people development and management in Scotland.

The award recognized that since joining the Hebrides and Sutherland salmon-farming business Loch Duart in 2015, Alban has championed change, inspired the senior team and released talent within the business. He has led a team that delivered a dramatic increase in revenue and profitability to achieve the strongest results in Loch Duart’s history.

In August, the company was named Regional Growth Business Scotland & Northern Ireland Award Winner for 2017 at the Food and Drink Federation Awards.