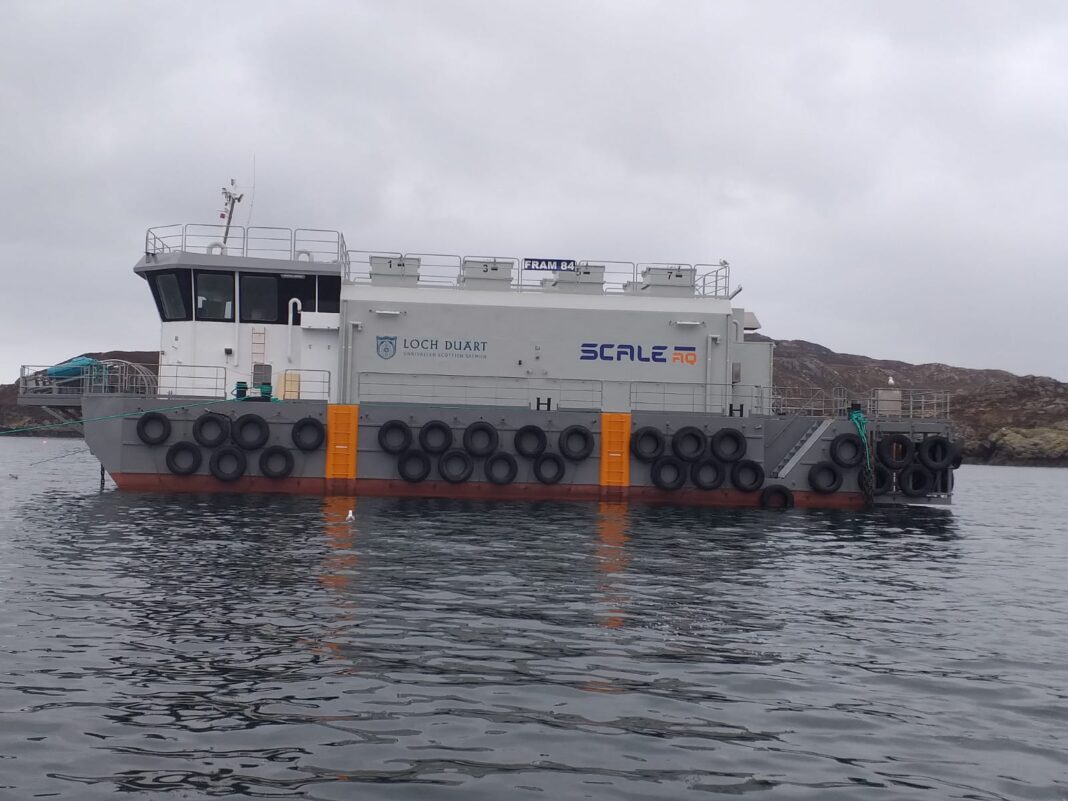 According to a release put out by the company, CO2 emissions from the production of the batteries will be earned back after approximately 60 days of use of the hybrid system at sea. Additionally, by taking trucks off the road and delivering the feed fresh and straight from the producer by sea, Loch Duart is using sea freight, the most CO2 efficient transport method.

The company also claims that there will be additional benefits in terms of noise reduction through the use of the electric motor, ensuring a quieter environment for the farm team, the fish and neighbouring wildlife.

Hazel Wade, Operations Manager of Loch Duart, commented, “Loch Duart is excited to introduce this system on one of our sea sites, an industry first for Scotland. Our aim has always been to rear the best quality salmon with the lowest possible impact on the environment. This system represents a significant step forward, reducing our fuel usage and emissions while ensuring quieter operations for the team, our salmon and the local environment.

“The new hybrid feed storage barge also provides enhanced staff welfare facilities for our people working at sea, often in harsh weather conditions, helping them produce salmon with unrivalled taste and asked for by name around world. Loch Duart views this development as the beginning of our goal to further reduce the carbon footprint of all our farming operations.”

Graham Smith General Manager for ScaleAQ’s UK operation said, “We are delighted to have been able to support Loch Duart in getting the first hybrid powered feed storage barge into Scotland and hope we can continue this theme as the industry works towards reducing its carbon footprint.”

Loch Duart currently produces 6,000 tonnes of high-quality salmon each year from its farms in Sutherland and the Outer Hebrides and employs 140 people.