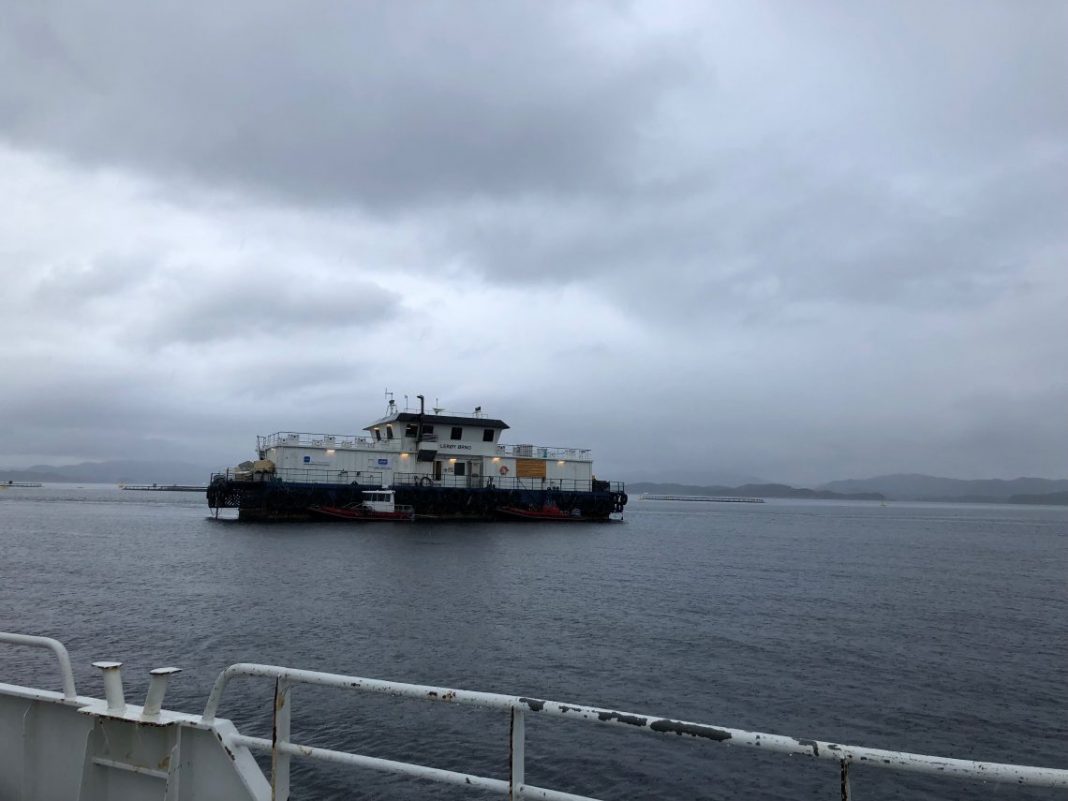 The decline in profit is mainly attributed to a lower harvest volume and lower prices realised for salmon and trout, according to a press release from Leroy.

The Group’s profit before tax and fair value adjustment related to biological assets was NOK 1,018 million.

“Havfisk’s new trawler, Nortind, was delivered from the shipyard in January 2018 and has had very successful operations so far,” said Henning Beltestad. “The new trawler and the increase in catch volumes and higher average prices have all resulted in a good quarter for Havfisk.”

“The processing of whitefish in Norway is a challenging business. The Group has implemented a number of measures within both production and marketing to improve earnings, but these are long-term initiatives and it will take time before significant improvements are evident”.

The Farming segment reported operating profit fair value adjustment related to biological assets of NOK 740 million after a harvest of 38,000 tonnes gutted weight of salmon and trout. EBIT/kg fell from NOK 24.2 per kg in Q1 2017 to NOK 19.7 per kg in Q1 2018, mainly attributable to the fall in prices realised.

“Lerøy Sjøtroll’s costs remain too high, but Lerøy Midt and Lerøy Aurora can report a very positive development. At the time of writing, the Group expects to see this positive development in release from stock costs continuing in 2018, with an even higher impact in the second half of the year”, said Beltestad.

The current estimate for harvest volume in 2018, including the share of LSG’s volume from associates, is 179,000 GWT.

The best estimate remains a catch volume of whitefish and shrimp in 2018 of approximately 65,000 tonnes.

The Board of Directors currently expects high earnings in Q2 2018 and 2018 as a whole.