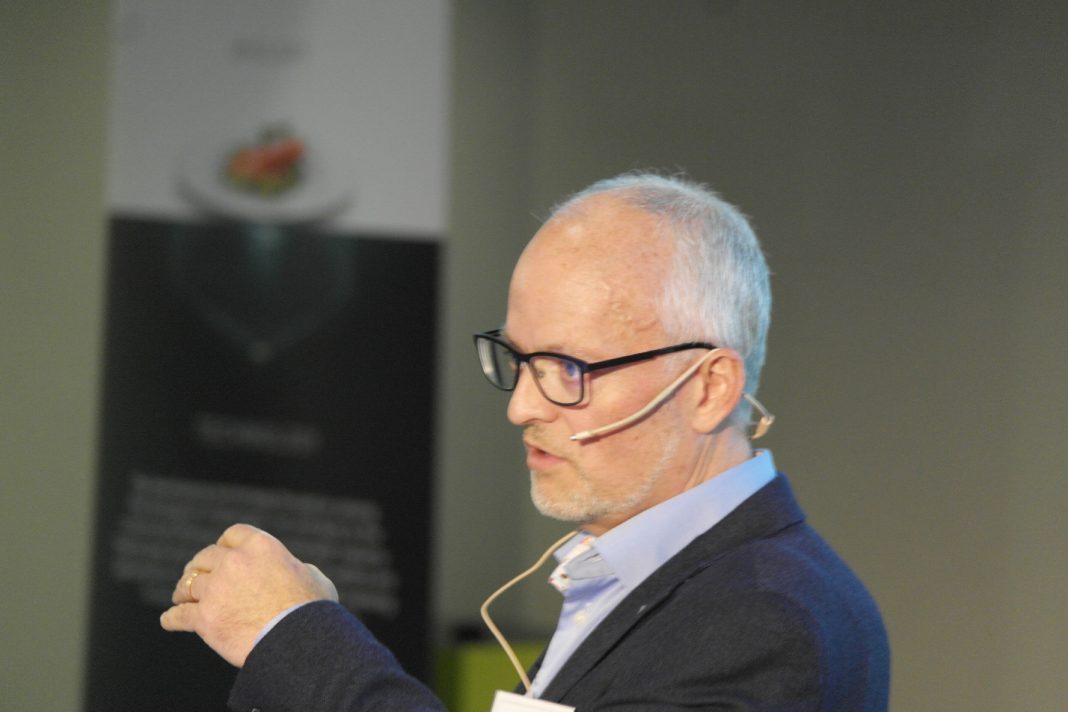 Øyvind Oaland, Global Director R&D and Technical at Marine Harvest, eyes both opportunities and challenges in the rapid pace at which technology change is now rolling in over the aquaculture industry.

He sits in the upper echelon of group management for the world’s biggest salmon producer, and thus witnesses the upheavals first-hand.

“With the smolt phase, RAS (Recirculating Aquaculture System) technology is taking over there. It’s relatively new technology – in any case in relation to the scale,” Oaland said, when he addressed a conference organised by AKVA group in Bergen, Norway.

Optimal
Marine Harvest Norway has, in the last few years, opened two large RAS plants, in Steinsvik and Fjæra – not entirely without challenges. Oaland reeled off complications such as particle removal, oxygenation, lighting and optimal water velocity; all factors that with the new technology are necessary to consider and deal with accordingly.

Gill health, linked to net fouling, has proved a problem in the marine phase, and has steadily edged its way up on the agenda.

“There are several foulant species that can prove detrimental to fish gills,” he said, adding that frequent hosing of nets has both direct and indirect effects.

“You don’t have to be a rocket scientist to know you get problems when you subject fish to chronic stress,” he said, pointing here to a concrete example of the need for technology.

Lice control
A much discussed necessity for the aquaculture industry is effective technology for lice control, in both treatment and preventive efforts. Marine Harvest employs a wide assortment of tools in the campaign against lice; skirting, snorkels, lasers, lice hoses, deep water lights and feeding.

“Our use of non-medicinal treatments has increased from 12 percent in 2015 to the current level of 55 percent. Salmon don’t die now the way they used to,” remarked Oaland. “Losses are particularly high in connection with de-lousing”.

“When it comes to hosing lice off salmon, that’s a simple question to ask yourself; does it or does it not look as though it’s gentle to the fish?”

“Louse identification, pellet detection, feed control, sensor technology and stress risk. Monitoring the population – whether to have even or uneven growth? Gathering data without knowing what you are going to use it for, is something we haven’t done before in the industry. You don’t know what you need until you have the data. A lot is happening now in that respect.”

In summing up, he stressed the importance of the Norwegian Government’s development licenses, where Marine Harvest has applied for a number of different production concepts.

“R&D licenses are of indisputable importance,” concluded Oaland, the import of this last remark being clearly aimed at the political leadership in the Norwegian Ministry of Trade, Industry and Fisheries.