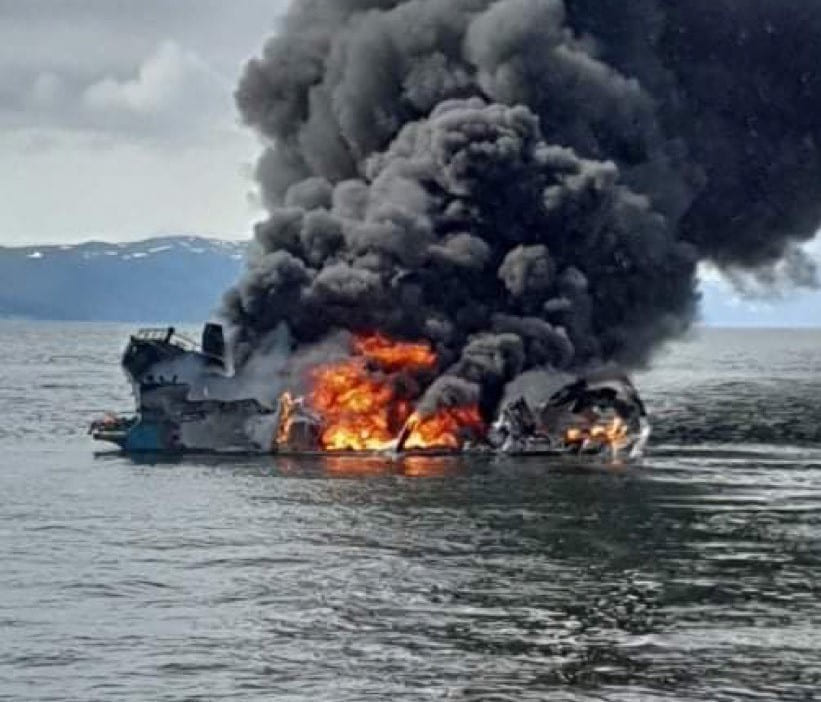 Finnmark Police District reports on Tuesday morning that a small workboat is on fire in Vargsundet, just south of Hammerfest, Northern Norway.

No injuries have been reported, but the boat is about to sink.

According to the newspaper Altaposten, the man is said to have been rescued from the flames, but is said to be “in good shape”.

Movements on vessels in the area, which appears on MarineTraffic, testify that it is the workboat “Astrid” that has encountered problems.

“Astrid” was on a southbound course when the accident occurred.

According to SalmonBusiness’ source, the workboat belongs to the aquaculture site Husfjord, owned by Cermaq Norway.

Updated: SB has been informed that the boat has now sunk between Olderfjorden and Lille Bekkarfjord.