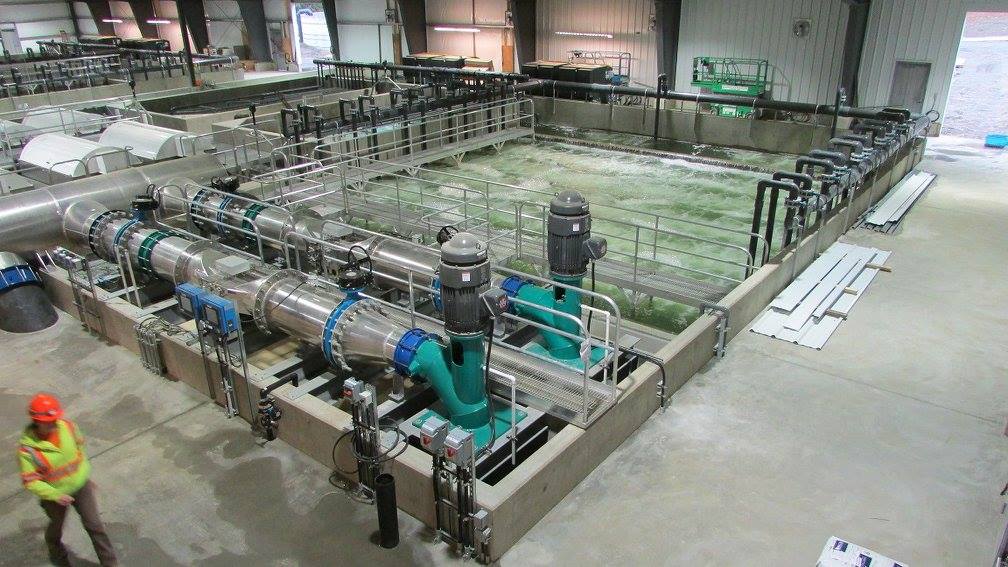 Marine Harvest Canada has quietly invested in RAS hatcheries and nurseries in British Columbia, Canada, that are beginning to pay off in exponential smolt production, SalmonBusiness has learned.

The company has built eight new recirculating aquaculture systems, or RAS, since 2015, at two locations near Sayward, B.C., called Big Tree Creek and Dalrymple. Five, new 14-meter-wide RAS facilities have since their installation in January 2017 produced 4,200,000 smolts of 130 grams, although with “the end of the current year class”, the “forecast total” is expected to reach 7.5 million smolt, said Marine Harvest freshwater manager, Juan Carlos Sanchez Millar.

The investments — part of a CAD 40 million investment in RAS — were first announced in late 2015 and include three 6-meter systems that have helped produce 10 million fry. Now, the 7.5 million smolt point to 45,000 new tonnes of salmon when the current parr, or young salmon, grow to maturity.

“Growth and mortality have been great,” Sanchez Miller said, adding, “There have been minor challenges with system design, which is to be expected. These new systems are allowing us to increase our average weight, to achieve our long-term plan of 150 g smolt size.”

Streamlined
Some 40 Canadian suppliers have been hired in the two-and-a-half years it has taken to get all RAS facilities operational on the northern half of Vancouver Island. Of note, Marine Harvest “also made a conscious decision to move away from automation in order to simplify the operation of the systems”.

While most of the RAS technology was provided by Pentair and Inter Aqua Advance, MHC provided enough input into the designs to blog that “company-designed RAS was now standard”. Tech tested often elsewhere was “reconfigured” for MHC’s “local needs”.