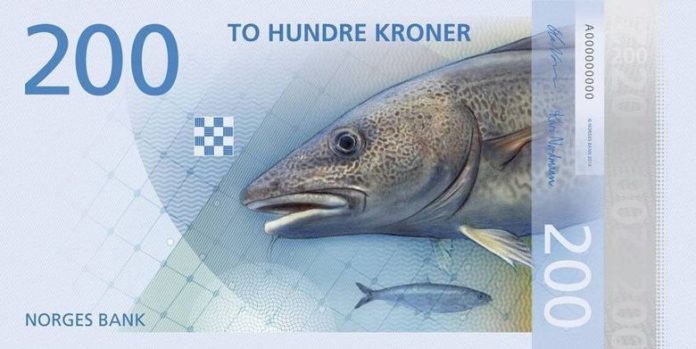 The salmon giant has reached a new milestone.

It was during the Sjømatdagene conference held in Hell, Norway. A winter’s day in 2015. I had the pleasure of dining with Kolbjørn Giskeødegård and Marius Gard. We all had long-serving backgrounds as equity research analysts, and the conversation soon naturally turned to valuation of salmon shares.

“Any fool can see Marine Harvest is going to hit 200 kroner,” I said boldly. “Why aren’t price price targets set there?

Marine Harvest’s share price was wavering around one hundred kroner – a fair hike up to the 200-mark.

But my reasoning was as follows: It’s supply, not demand, which historically speaking has put the kibosh on salmon investors’ ambitions. This time there was absolutely nothing to indicate the market might build itself so effusively that it would self-destruct. Boom and bust, as we saw happen in the period 1990-2012, was history. Having an opportunity to forecast many years into the future isn’t an everyday occurrence in this business. However, with clearly visible biological and political bottlenecks happening in all production regions, one was now in a historic position to do just that.

Growth in supply of salmon would be low – for a long time.

Emerging markets
Growth in demand, not least driven by the sushi wave and rapidly increasing purchasing power and protein needs in emerging markets, has long been rock-solid. The salmon industry’s ability to offer fresh fish products, for all practical purposes of unlimited volume, of the right quality 365 days a year on five continents; yes, that is indeed an awesome competitive advantage. No wonder it is in a class of its own on the fish display counter.

Valuation of the shares did not reflect this potential. Around ten times that of the annual result is fine for a cyclical company, but certainly not for a company experiencing growth in demand of 7-8 percent annually, and lavishing cash dividends.

“The brokerages have little to gain from setting high price targets,” replied Gard. He maintained it was safest to set price targets 10-25 percent above the most recently traded share prices. That provided clients with straightforward advice, meanwhile allowing the analyst flexibility to do a turnaround if anything unforeseen should occur in the market.

As I recall, Kolbjørn Giskeødegård didn’t say very much. The next day it came to light that he had downgraded all salmon shares.

Profiting on turnover
In my time as an analyst, I was an adherent of expressing oneself explicitly – whether shares should go up or down. Having a distinct opinion was something I discovered that the investors also liked – even if they didn’t always agree with my point of view.

Meanwhile, it has to be said that brokerages don’t earn money from being on the mark. They earn money from trading shares. They skim commission from each purchase and sale. It’s far more lucrative for them to constantly do an about turn with advice they give, go from buy to sell and come back with frequent changes to price targets, than to take stances with long-range calls.

The explanation for the rise in share prices is due to historically high salmon prices, as a result of continuing low growth in supply paired with strong demand.

The level of profit can only be described as incredible.

No change
The underlying industry dynamics haven’t changed to any great extent through the years.

There’s still no prospect of a massive build-up on the supply side. All the influential salmon-producing countries face challenges with increasing production significantly in the years to come. New land-based plants are making their mark, but these will still not increase production in excess of what the annual growth in demand normally manages to cope with.

Also, and not insignificantly, an increasing number of buyers are eager for salmon. They are no longer scared of a higher price bracket.

It is therefore difficult – to say the least – to be a pessimist, when one is fully aware of the massive potential that lies in salmon farming in the years to come.