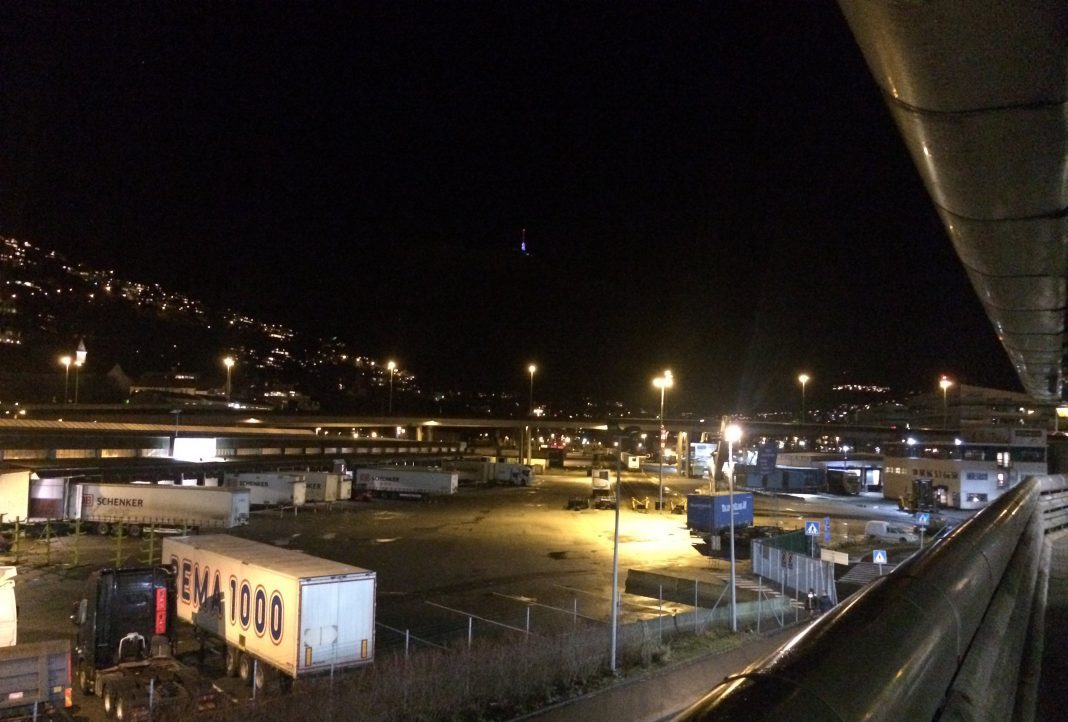 The salmon spot price isn’t why Marine Harvest shares have fallen since
the autumn.

It’s been a steely gray late autumn for Marine Harvest shareholders. On October 19th, its shares traded at NOK 166 apiece. Since then, it’s been steeply downward. Monday morning, it’s was trading at NOK 137.80, and that marks a formidable NOK 13.8 billion fall in value.

Forget price
The explanation doesn’t lie in salmon’s price chart. The salmon price has only fallen EUR 0.50 over an eight-week period. Most of the year’s price fall was made up for over the summer.

The stock market is leaning forward, looking more at future developments that at events in the rearview mirror. And, this autumn has first and foremost revealed high feed sales, increasing biomass and consistently high supermarket prices.

At the end of October, the Norwegian biomass count was 10 percent over what it was 12 months earlier. There has never before been so much fish in grow-out.

That means a lot more fish to process in the months to come.

Outlook
When the primary driver behind consumption at the end-customer is the grocer’s high retail prices, it tends to dampen the shopper’s urge to buy, dampening along with it opportunities to reasonably hedge on fish.

The combination of a rapidly increasing supply side and tempered demand for salmon is toxic for shares in Marine Harvest. Continued price fall could strip future earnings and therefore also dividends.