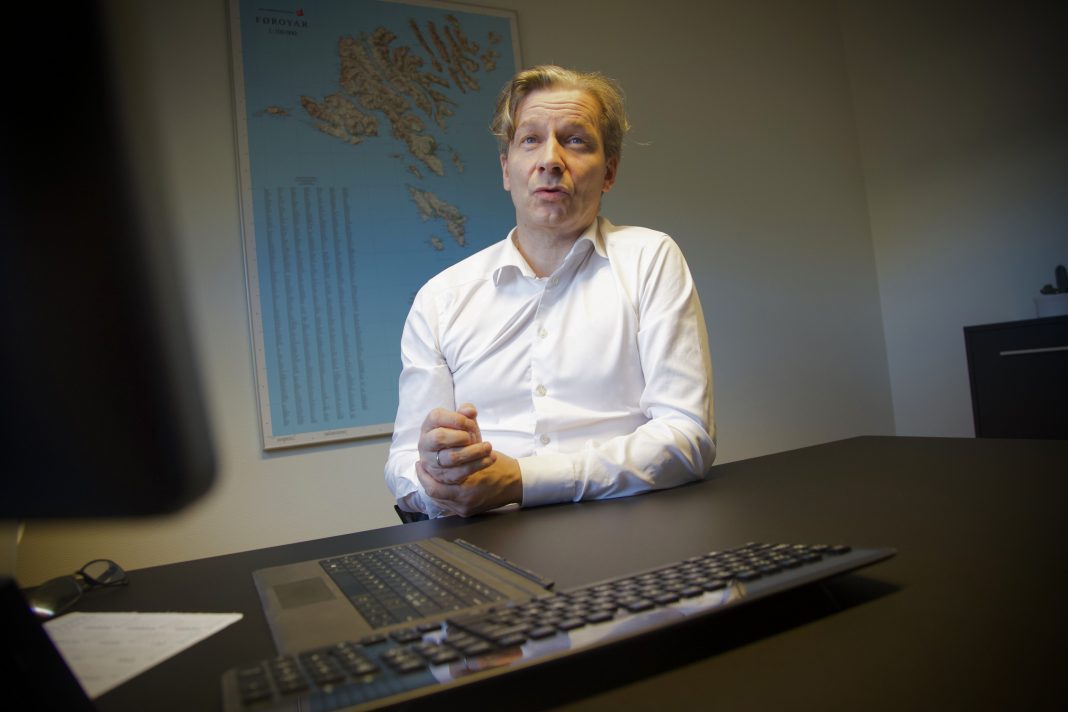 “We’ve fared well on the Faroe Islands, but mortalities are on the rise. Now it’s about ten percent, up from the previous five percent. It’s not going all that well here any longer, but we are doing better than both Norway and Scotland,” said Mikkelsen.

Substantially higher costs now
Marine Harvest Faroes, which was formerly Laxá, has its head office at Oyndarfjørður. SalmonBusiness caught up with Mikkelsen for an interview, where he talked down the almost universally positive image the world has of fish farming on the Faroe Islands.

“I can’t tell you what our production costs are, but they are considerably higher than previously,” he said.

Cost increase due to the prosperous industry
Wednesday’s third quarterly presentation from Marine Harvest revealed that the Faroe Islands division was fetching 2.8 euros/kg for their fish. That’s a long way behind Ireland’s 3.46 euros/kg, but nonetheless a whole 0.92 euros better than the average of 1.88 euros/kg.

“The future will show if the money is too easily available, or if it’s being spent wisely. We have no debt now, and everything is paid for”.

– A pleasant situation, by all accounts?

“On the face of it you would think so, but I’m not so sure.”

“Production costs are accelerating at high speed, due to the industry steaming ahead. When you have so much money, you tend to be loose-handed with the cheque book. We’re implementing more investments, more depreciations and producing fish that we wouldn’t have done if the prices were lower,” said Mikkelsen.

Problems with lumpfish production
Lice costs are on the rise, and Laxá is employing lumpfish, lice skirts and HydroLicer to combat the parasite.

We’re also producing lumpfish ourselves, but it’s a new venture – and not going all that well. We have high mortality rates. Lice treatments require a lot of resources,” he said.

However, he’s fully aware of the biological advantages of farming fish in ocean waters.

“In Norway it can be both cold and very temperate. The temperature’s stable here, and it only fluctuates between six and 11 degrees. That reduces the risk for lice, AGD (amoebic gill disease), and algae bloom,” said Mikkelsen.

Everyone can make a profit
“That’s the key to a positive operation,” is the Faroe Islander’s overall viewpoint:

“Right now it’s going great, and everyone is able to make a profit,” Mikkelsen concluded.