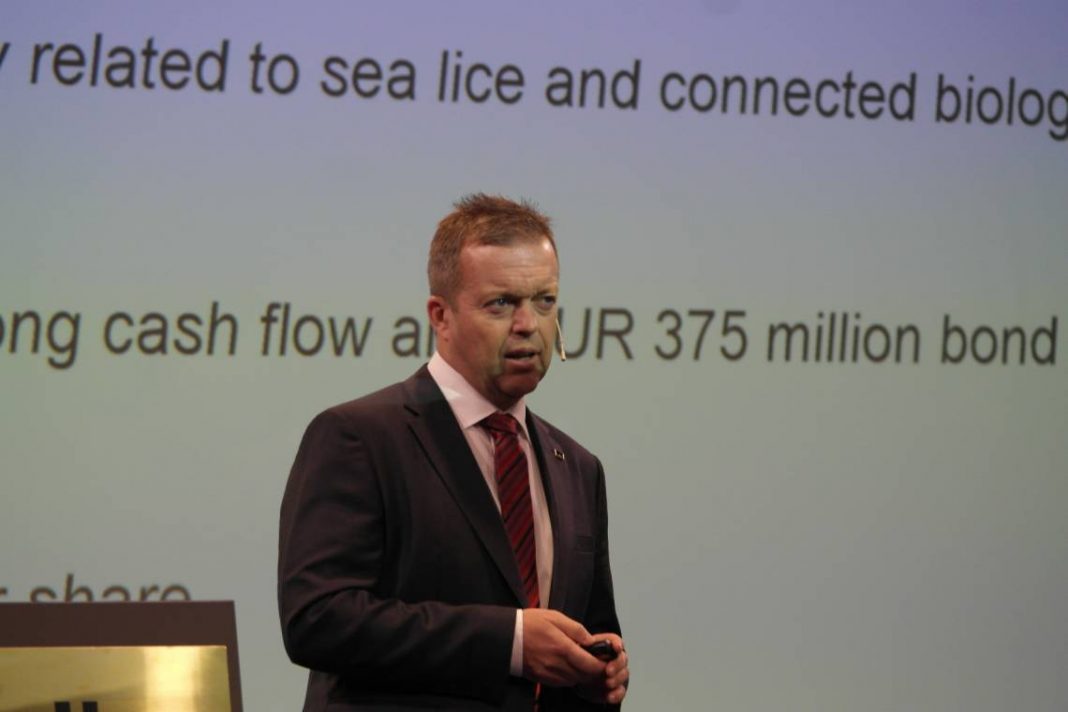 Marine Harvest is the most shorted stock at the Oslo Stock Exchange.

Short-selling means that investors take a bet on price decline in a stock.

According to the Norwegian Financial Supervisory Authority’s short-register, there are now 28.9 million Marine Harvest shares sold short, corresponding to 5.9 percent of the company’s outstanding shares. Relative to market value, only Norwegian Air, PGS, Fred. Olsen Energy, REC Silicon and Subsea 7, have heavier short positions than the salmon farmer at the Oslo Stock Exchange.

Absolute values
However, none of these shares can match Marine Harvest’s market value of €8.2bn, so in absolute terms, the short position of €475m is undisputedly the largest one.

Short-sale is a strategy where an investor takes a position in an asset, such as a stock, with the intention of profiting on price decline. A successful such strategy implies that one borrows the asset and sells away immediately at the current price, then buy it back later at lower price, provided the price has fallen.

Marine Harvest’s biggest short position is controlled by European Asset Management, with its 8.2 million shares. The asset manager has been short for several months. Also, Greenlight Capital, with 6.4 million shares, and Maverick Capital, with 4.8 million, are betting on price falls in salmon.

Positive development
Despite neutral or negative recommendations from the most prominent investment banks that follow the stock, Marine Harvest has had a positive development on the stock market in recent months. From the end of April, the Marine Harvest share has increased by 20 percent. In addition, a quarterly dividend of NOK 3.20 (€0.34) per share has been paid out during the period.

None of the current short positions has been longer in the market than from the end of May, which may indicate that the yield has so far been modest.