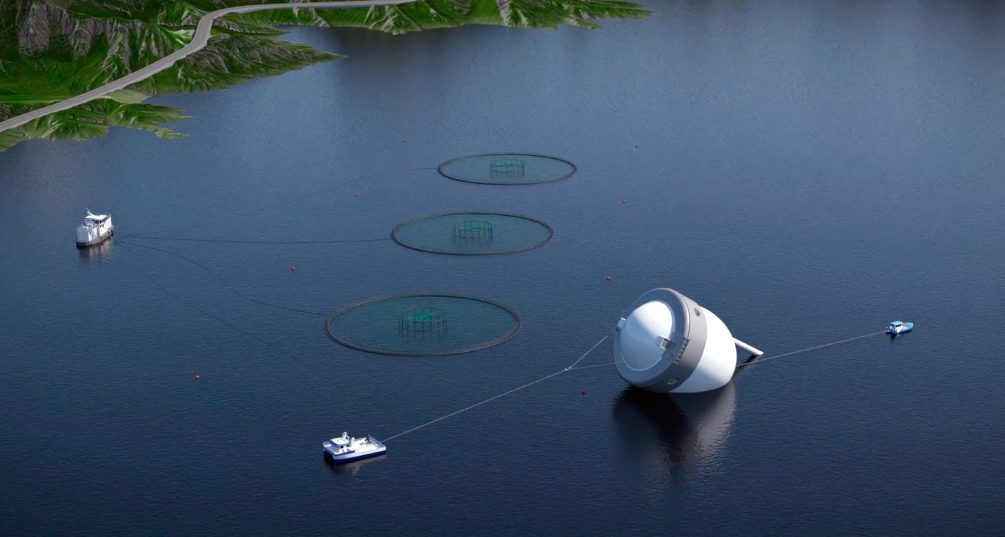 Interest for Norway development licenses for salmon farming has been unparalleled. Subsequent brainstorming within the industry has resulted in a stream of applications to case officers in the Norwegian Directorate of Fisheries.

However, it’s proving very difficult to gain these licenses.

Of the few that have been given the green light to be awarded development licenses, more are thinking things through again. In order to realise their capital-intensive ideas, they need to be awarded more licenses.

The shipyard is empty
Salmon farmer Nordlaks applied for 39, but only received ten development licenses. That’s scarcely enough for the Havfarmen concept, a huge offshore salmon farm, which has a price tag of €75 million.

“To be honest, we’re not where we want to be. The shipyard is empty,” said Nordlaks’ environmental advisor Bjarne Johansen during a seminar held in Bergen.

Another company that has received a clarification that their concept falls within the arrangement for development licenses is Atlantis Subsea Farming, owned by AKVA group, Sinkaberg Hansen and Egersund Net. This company applied for six licenses for its submersible fish farm construction, but so far are going along with only having been awarded two. The company is currently considering whether or not to appeal the decision.

‘Scrambled eggs’
According to the website Kyst.no the closed production concept “The Egg” will be shelved if Marine Harvest does not get all 14 licenses they have applied for. In November last year the aquaculture giant got the nod for four licenses. This is far too little to enable testing the idea industrially and to achieve economies of scale.

The spontaneous surge in innovation, of historic dimensions, could be in danger of grinding to a halt. The reason for that is that the authorities are not only too miserly in their criteria for awarding licenses, but also too tight-fisted with how many licenses they deal out. In this instance, the fear that applicants’ bottom lines will profit greatly from the license allotment is greater than the wish to achieve a technological breakthrough through finding new solutions to challenges faced by the marine farming industry.

This is solely a political issue. iLaks has previously addressed this matter in an editorial, calling out the politicians that they should extend the boundaries for the development licenses.

But why are the producers making such hefty demands on the number of licenses?

Very expensive
The explanation is of course that several of the production concepts are to some extent extremely expensive. For Havfarmen depreciation would amount to NOK 5-6 per kilo (€0.6-0.7] of slaughtered fish. For the “Egg’s” part, Marine Harvest has so far been unwilling to estimate the cost of building per “Egg”, but it’s no secret this will be costly.

It goes without saying it will be demanding to compete in a global salmon market with these cost burdens, where the competition is producing salmon in open sea cages. Not forgetting it would be especially hard to stomach if salmon prices should plummet from the historic high levels of the last few years.

The companies themselves bear the risk that the new technology will work. If it evolves that the technology does not function satisfactorily, they are the ones left “holding the baby”. It is certainly not a given that Nordlaks will recoup a building cost of €75 million per Havfarm, or that there are calculable comparisons for alternative use of the “Egg”.