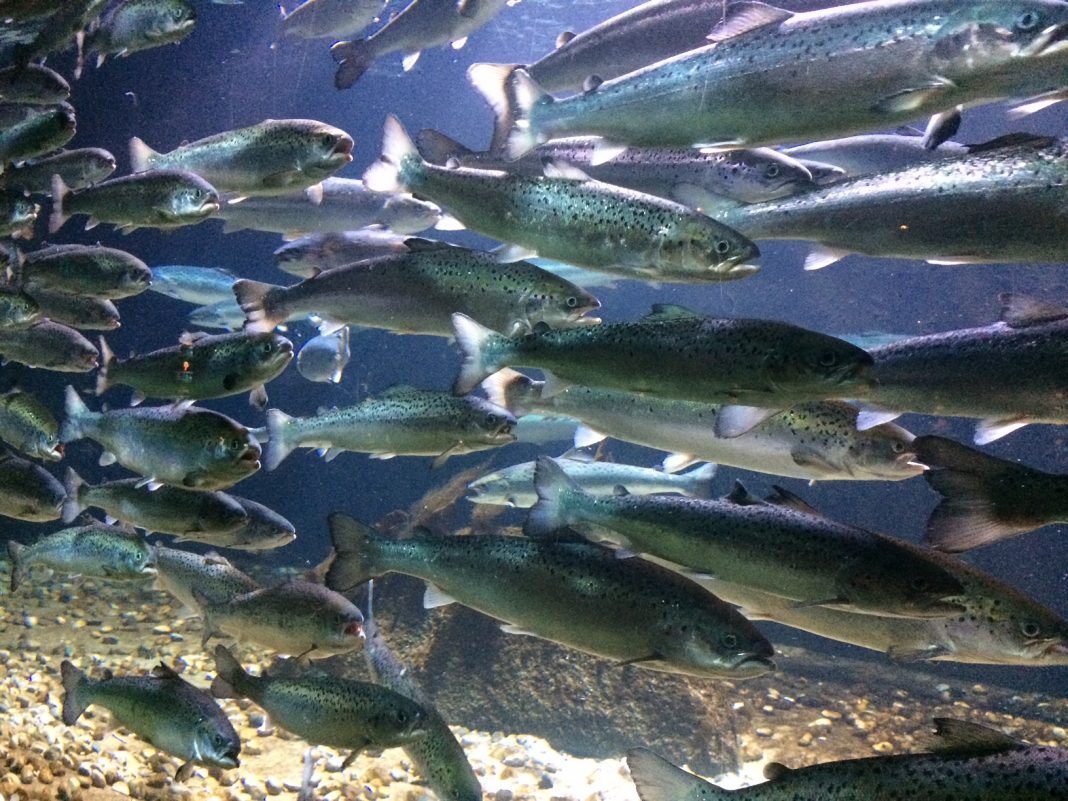 But the Atlantics have never established spawning populations.

More than eight million Atlantic salmon have been intentionally released into B.C. rivers and lakes, beginning more than a century ago, according to the Vancouver Sun.

With the support of the federal government, dozens of attempts were made to establish viable Atlantic salmon populations on the West Coast between 1905 and 1935.

The experiments are documented in studies of salmonid distribution dating to the 1950s and as recently as 2002, which concluded that no spawning populations had survived.

The escape last month of 165,000 Atlantic salmon from an ocean-based fish farm in the San Juan Islands has reignited concerns that escapees could out-compete Pacific salmon species or colonize B.C. rivers.

But history has shown that Atlantic salmon don’t feed well in the Pacific and have never established spawning populations outside their natural range despite transplant programs around the world.

“There are Pacific salmon in Lake Ontario, which is home for Atlantic salmon and guess who is winning? The Pacific species,” said Tony Farrell, a professor in the Faculty of Land and Food Systems at the University of B.C.