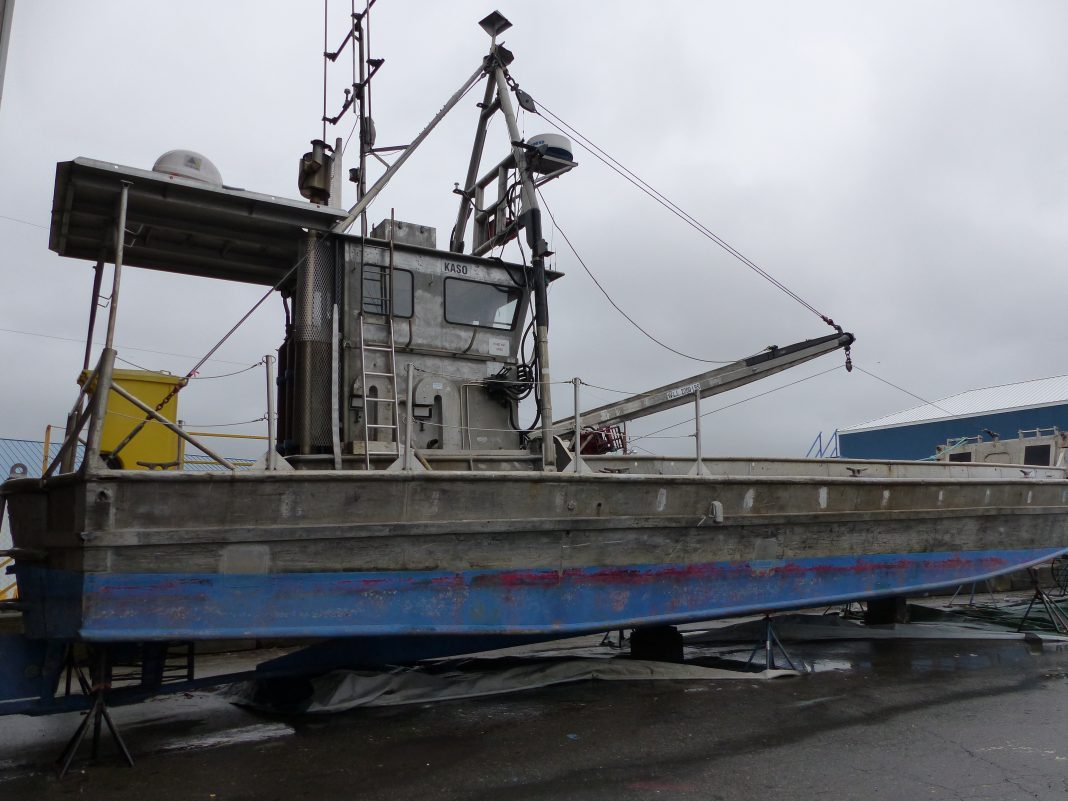 Former work boat and RONC (Remote Operated Net Cleaner) vessel had come to the end of its working life, according to Mowi Canada West’s latest newsletter.

“The “Kaso” – the oldest vessel in the MCW fleet – has reached the end of her service life; thus, for the assurance of safety and the interest of cost effectiveness, it was time to retire her,” said Cindy Taylor, Vessel Superintendent.

The Kaso was originally built for the armed forces as a landing craft. Marine Link purchased the vessel and added the wheelhouse and lengthened her by 20ft.

The vessel was purchased from Marine Link in the mid 1990s where it was used to haul freight, including feed, and used as a harvest support vessel.

The “Kaso” was operated for many years by Daryl Misky, beginning in 2004-5. “We harvested with it for five years. We’d load fish and ice water in totes three high on the deck. It was quite the operation just loading them. We’d get to Brown’s Bay in time for the afternoon processing shift,” he said.

The “Kaso” was converted to a RONC vessel three years ago and served the Campbell River region. “We added net washing gear in later years and it became our top-producing net washing boat,” said MCW lead hand Steve Kommnick. “It was a good boat for sure,” he added.