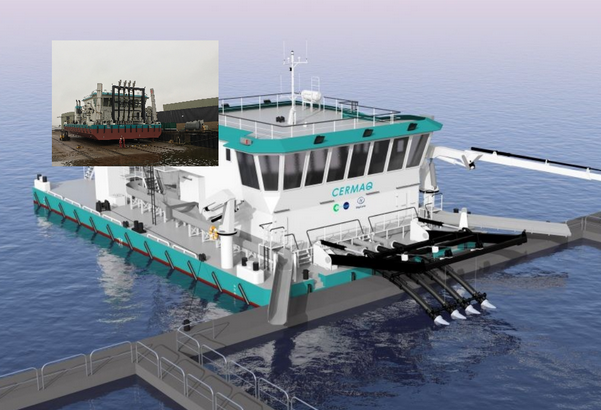 The Netherlands workboat builder Neptune Marine posted a photo of the finished vessel on LinkedIn on Saturday.

The non-self-propelled vessel called a Euro Special Purpose Pontoon is equipped with a 100% environmentally friendly Hydrolicer fish delousing system. The fleet will be equipped with four lines (with space for an extra two), which has the capacity to unload 50 tonnes of fish per hour.

The barge will be used across 28 sites across Cermaq’s salmon farms in British Columbia.

Delivery is scheduled for later in the year.