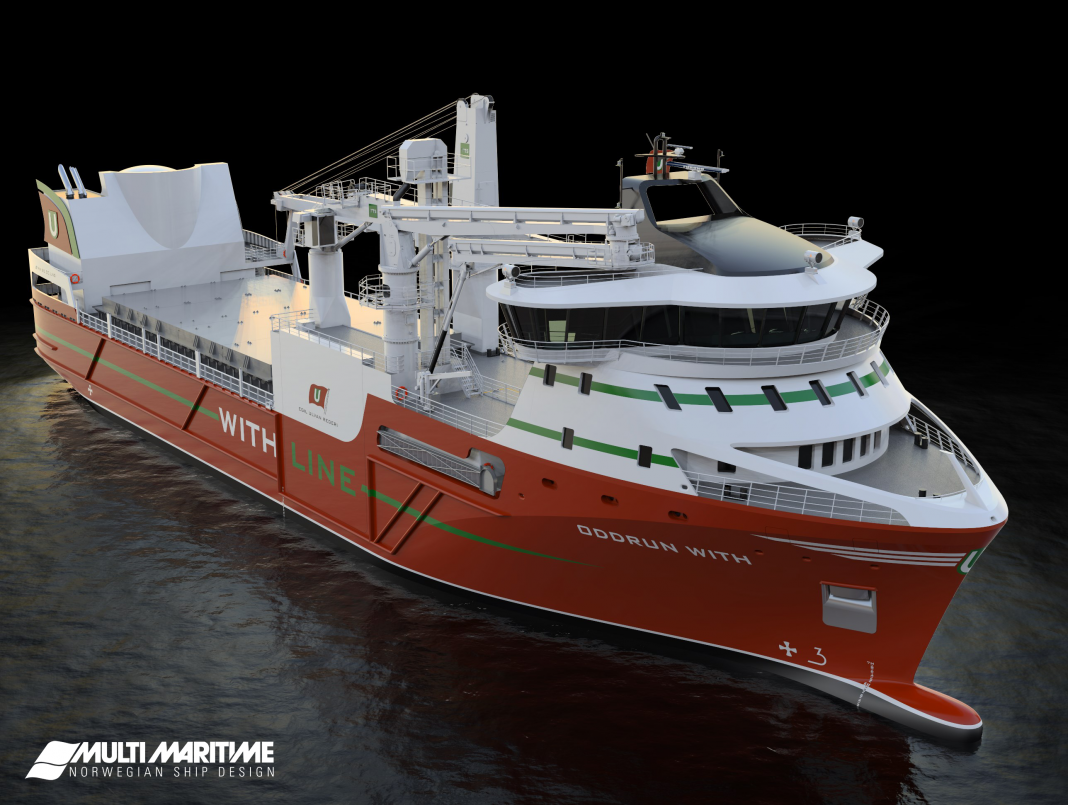 Shipping company Egil Ulvan Rederi has entered into an agreement for the construction of a feed salmon feed cargo/freezer vessel with Tersan Shipyard.

“Oddrun With” is named after shipowner Egil Ulvan’s deceased spouse, who had a central role in building up the shipping company.

In a market with an ever-increasing focus on the environment, it is crucial that salmon feed can be delivered on competitive terms. This is the company’s largest single investment and “represents the ultimate in green technology that will drive the coast in the coming years”, the company wrote in a press release.

100 years
“The shipping company turns 100 this year and this will be the company’s ship number eight, which is now contracted in the anniversary year 2019,” said CEO Arild Hoff. The company counts Mowi as one of their customers.

The ship will be delivered in the fourth quarter of 2020.

The vessel has a total length of approximately 86m and a total width of 24m. The maximum deadweight tonnage will be approximately 3,500 tonnes.

The vessel is designed for flexible and combined shipping of general cargo, refrigerated goods and container cargo. In addition, an unloading system will be installed for the supply of fish feed to salmon farms along the Norwegian coast.

DP
There are a total of five cargo spaces with a capacity of approximately 6,500m3, of which approximately 4,000m3 is cold storage. In addition, there will be large container capacity on deck and in the cargo area.

For optimal loading and unloading, a fully automated double pallet lift with a capacity of 2×5 tonnes is installed. The vessel will also have a 120ft main crane and 20ft auxiliary crane.

The unloading system for fish feed together with dynamic positioning of the vessel will ensure efficient and non-contact unloading directly at salmon farms.

The vessel will mainly operate on liquefied natural gas (LNG), which results in a significant reduction in greenhouse gas emissions. A battery pack will be installed that allows for optimal operation of machinery and power reserves when needed. The battery pack will also be able to be discharged from on land and will have sufficient capacity to operate the vessel fully electrically for a given period of time.

One of the main technological innovations put into use in this vessel is the use of cold in the LNG system for cooling the freezer rooms. Traditionally, cooling machinery means a considerable amount of energy consumption for this type of vessel.