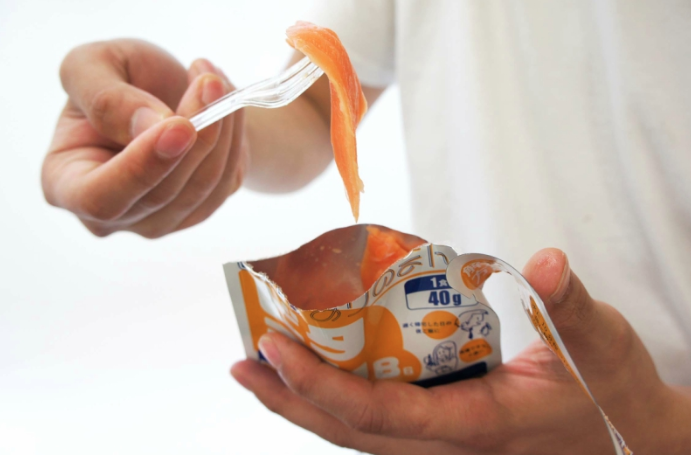 A Japanese company has come up with a novel way to sell to raw sliced seafood.

Kaisho, a company based in Shizuoka Prefecture, is now selling raw seafood cuts in supplement packets which can be easily torn and eaten on the go.

The company started selling them in three options on Aug. 20, according to a news release via PR Times.

These include protein, vitamin B6, and vitamin B12.

Protein, which comes in red, contains slices of bigeye tuna or mebachi maguro.

And finally Vitamin B6, which comes in orange, and contains slices of salmon.

While sashimi has long been popular in Japan, salmon has only recently become part of the Japanese sashimi menu for the past 20 years, since farm-raised Atlantic salmon and Chile started to appear in Japanese markets.