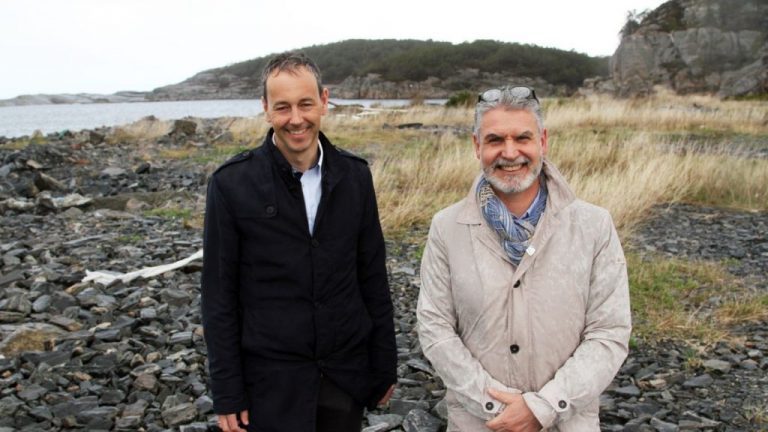 Salmo Terra has grand plans for farming of salmon and trout on shore at the old whaling station at Eikeilen in Øygarden, close to Bergen, Norway.

“We’ve come a long way. Whether the build will start this year or the next is hard to say, but we hope to have the plant stocked with fish by the close of 2019,” said Managing Director Harald Schreiner Fiksdal.

Major environmental challenges, stagnated growth and enormous sums spent in the battle against lice have led to several companies now opting to move their entire production on shore as a means of overcoming these problems.

Cost of build: around EUR 30 million
Salmo Terra has been granted a production license for 8,000 tonnes at Eikeilen.

The first stage of the build is estimated to cost around EUR 300million, and the company is still working on obtaining full financing of Stage 1.

“Land-based fish farming is, in our opinion, an excellent way to get to grips with numerous challenges faced by the aquaculture industry, such as salmon lice and other environmental issues. We are convinced the ideal solution is to have a combination of land-based and marine production,” said Schreiner Fiksdal.

The first construction stage will comprise the build of two halls with a surface area of 3,000 square metres.

“It’s vital that Norwegian companies participate in this development, so that we can remain at the forefront, be fully conversant with the technology, and maintain the cutting edge we currently have in fish farming,” said Kai André Stæger-Holst of Salmo Terra.

100 million salmon dinners
Among others investing heavily on shore in Norway are Salmon Evolution, which in July was granted a license for a land-based fish farm complex on Indre Harøy in Fræna, Møre & Romsdal County.

The license permits an annual production of 28,000 tonnes of salmon, which equates to the 100 million salmon dinners per annum.

Salmon Evolution Managing Director Ingjarl Skarvøy, is hoping the first building stage will be started at some point in 2019.

But before building can commence, Salmon Evolution is dependent on getting the necessary financing, of which the price tag for the complete build will exceed EUR 300 million.

“We’re continuing to work on the concept and aim to implement a share issue this autumn, so that we can get started with planning in the New Year,” said Skarvøy.

Financial support from Innovation Norway
In Florø, Sogn & Fjordane County, Havlandet Havbruk has been granted a production license for 200 tonnes of salmon per annum at its pilot plant, of which the build is scheduled to start in 2019.

EUR 3 million is invested in the pilot plant, with 15 million in a grant from Innovation Norway, and shareholders in collaboration with Sparebanken Sogn og Fjordane and Sparebanken Vest.

The aim is to construct a full-scale land-based complex, with annual production of 10,000 tonnes market-ready salmon.

“We will start off with a moderate level of production to document that it is commercially viable. Afterwards we will ramp up production if it proves profitable,” said Halvard Hovland, managing director of Havlandet Marin Yngel.

“These are capital-demanding projects. In Fredrikstad we are talking about several hundred million,” said CEO Bernt-Olav Røttingsnes.

Norwegian banks have previously been negative about financing this type of construction, and DNB has stated earlier that they do not provide loans to land-based salmon production.

According to Røttingsnes, obtaining finance for the plants is still a tough task.

“On the whole, I think interest for land-based fish farm plants is relatively good at present, but it’s certainly no easy task obtaining financing for this type of construction in Norway. It’s easier to gain financing for plants that are closer to the market,” he concluded.