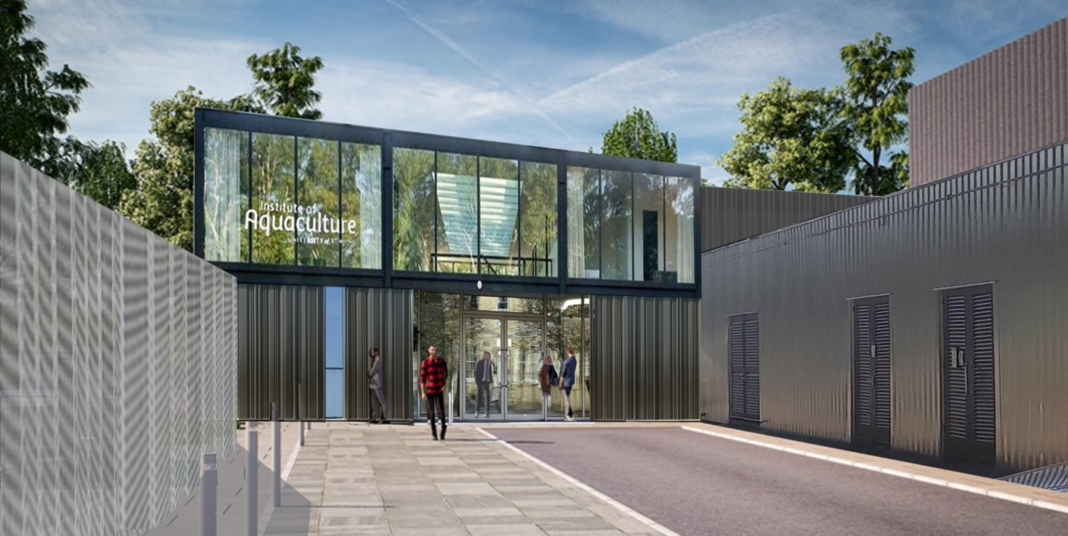 The Scottish aquaculture sector has plans to double its output by 2030.

A £17 million world-class research and innovation facility at the University of Stirling in Scotland has moved a step closer, after the ambitious plans were approved by Stirling Council.

The National Aquaculture Technology and Innovation Hub (NATIH), which builds on the University’s internationally renowned Institute of Aquaculture, will bring together experimental aquatic facilities, including a new tropical aquarium, with state-of-the-art laboratories, and space dedicated to business incubation and acceleration.

Regional partners, including Clackmannanshire Council, Stirling Council, and the University of Stirling, will invest up to £123.8 million, resulting in a deal worth more than £214 million, to be delivered over the next 10 to 15 years.

Fastest growing sector
Aquaculture is one of the world’s fastest growing sectors, with an estimated global growth rate of 8 per cent. NATIH will position University of Stirling expertise at the forefront of this expansion, delivering and increasing the economic, social and environmental benefits for the industry, and informing modern commercial aquaculture markets.

The impact of this pioneering work will be felt both in Scotland, where the sector has plans to double its output by 2030, and internationally, where the aquaculture sector has a prominent footprint in Africa, Asia and South America.

Professor Simon MacKenzie, Head of the University’s Institute for Aquaculture, commented, “This is an important milestone in the development of the National Aquaculture Technology and Innovation Hub. There is an enormous role for aquaculture to play in ensuring that the world has a secure and sustainable supply of food.

“The Hub will develop and reinforce a strong working relationship between the University’s researchers and the global aquaculture industry, ensuring that the ideas, interventions and solutions developed will have a meaningful impact where they are needed most, and deliver jobs, growth and prosperity.”

Meaningful impact
Stirling Council Depute Leader, Cllr Chris Kane, added, “It is fantastic to see City Region Deal projects move even further into delivery phase, especially one like this, which can bring growth and investment to the area.

“This is a blossoming stream of environmental research and the University’s work through the City Region Deal investment places Stirling at its vanguard, cementing the city’s reputation as hub of innovation.”

UK Government Minister for Scotland Iain Stewart said: “Scotland has huge potential for growth in aquaculture, which represents a significant opportunity for rural and coastal communities.

“The UK Government is investing £17 million in this hub, which will keep Scotland at the cutting edge of a global industry, bring in new jobs and investment, and ensure sustainability remains at the forefront.

“Across Scotland we are investing £1.75 billion in regional projects to level up communities everywhere.”