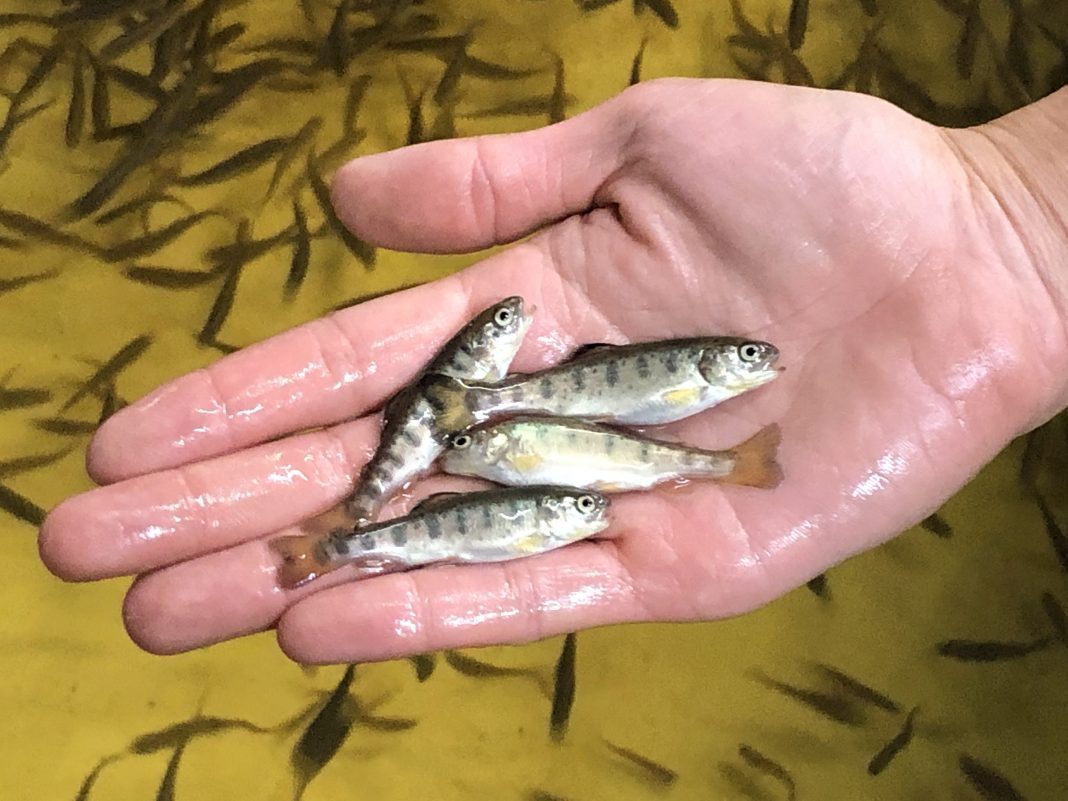 In a press release on Thursday, Scottish Aquaculture Innovation Centre (SAIC) reports that a consortium in Scotland is taking a significant step toward the development of a commercial vaccine for Rainbow Trout Fry Syndrome (RTFS) – a pervasive disease among trout – as the industry aims to improve fish welfare and unlock the sector’s potential.

The group – led by Dawnfresh, one of the UK’s largest rainbow trout producers, and the University of Stirling’s Institute of Aquaculture – will test a new vaccine during field trials in a bid to gain a licence for its use.

Vaccine
Kames Fish Farming, another Scottish trout farm operator, and Tethys Aquaculture, an aquaculture research impact company, will also work on the project, with support from the Scottish Aquaculture Innovation Centre (SAIC). The vaccine was developed by the University of Stirling team as part of a five-year European Commission-funded project called ‘Targetfish’, in which Tethys Aquaculture acted as the project’s industry forum leader.

Dr Rowena Hoare from the University of Stirling’s Institute of Aquaculture said: “RTFS has been a major problem for the rainbow trout industry for decades. We are delighted that this project has been funded by SAIC, enabling our novel RTFS vaccine to be tested on two fish farm sites. We hope in the future to combine this with other vaccines to assist in the sustainability of the trout industry.”

RTFS
RTFS is a common disease in trout and has been responsible for the substantial loss of stocks, with some sites reporting high average early-stage mortality rates. Rainbow trout is the second most-produced finfish by volume on UK fish farms, making RTFS a particularly important issue on British shores.

However, the diversity of the bacteria that cause RTFS has made vaccine development challenging, while the very small size at which fish tend to be affected renders injections unsuitable. Although antibiosis is a treatment option, the industry’s drive to minimise antibiotic usage, reduce losses, and improve welfare required a new approach.

In response, the University of Stirling developed a dip vaccine for trout which can be administered to fry in a very low-stress and low-risk manner. It is hoped that the vaccine, combined with best farm management practices, will protect fish until they are large enough to fend off infection themselves.

Major step forward
DawnFresh Fish Health Manager Richard Hopewell commented: “We are constantly striving to improve sustainability, health and welfare within the trout farming sector. We believe this vaccine could bring great benefits in these areas, as well as the potential to reduce antibiotic usage even further to some of the lowest levels for all food-producing animals.”

SAIC Aquaculture Innovation Manager Polly Douglas added: “This vaccine could be a major step forward for trout wellbeing – field trials are another significant milestone on the way to a vaccine that can be used across the industry. Trout farming has long been hindered by the pervasiveness of RTFS, which can have a serious impact on fish. If successful, this vaccine could provide a sustainable foundation for growing trout farming in the UK, unlocking additional capacity for the sector and potentially leading to a significant reduction in cost. It’s another example of how industry and academia can work together to solve some of the biggest problems faced by aquaculture.”