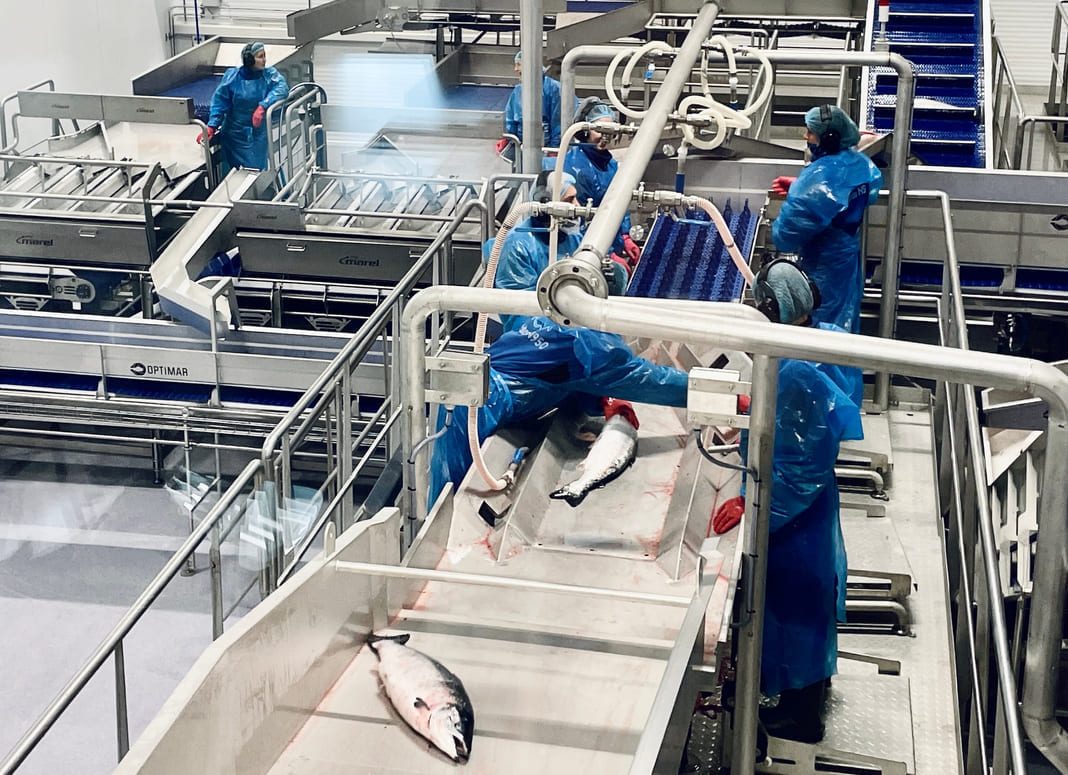 Norway’s salmon exports are moving into overdrive. Never before has so much salmon been sold in such a short time. In the last three weeks, exporters have sent 102,087 tonnes of salmon, corresponding to one-eighth of the total biomass, out of the country.

The record export takes place at an unusual time. The transition between August and September is busy, but the high season usually comes later in the autumn, just before Christmas. In the same period last year, export volumes were, by comparison, 81,522 tonnes, according to export statistics from the Norwegian Seafood Council.

Crowded pens
With good growing conditions in the sea and crowded pens, the farmers have had to harvest a lot of fish lately. This is a seasonal phenomenon, even though the harvest pressure this year exceeds all previous years. Sales quantities have become so heavy that in recent weeks farmers and exporters have had their hands full trying to acquire trucks just to get the goods out. Logistical bottlenecks have been particularly tricky in the northern parts of Norway.

At the same time as sales volumes are at a record high, the salmon price has remained unabashedly good. Despite high supply, spot prices in recent weeks have remained significantly better than was the case in both 2019 and 2020, and almost as high as in the golden years 2016 and 2017.

Warehouse building
The reason why prices remain is primarily warehouse building. In the same way as in 2019, buyers on the continent are opportunistic and stock up on whole salmon early for freezing and processing later in the autumn. Purchasing is led by industrial players in Poland, Denmark and France.

While the the salmon price currently works out at just under NOK 50 (€4.87) per kilo, market participants are well aware that the seasonal price floor is imminent. Eventually, later in the autumn, demand will normally run faster than supply. And then the salmon price is expected to strengthen significantly.