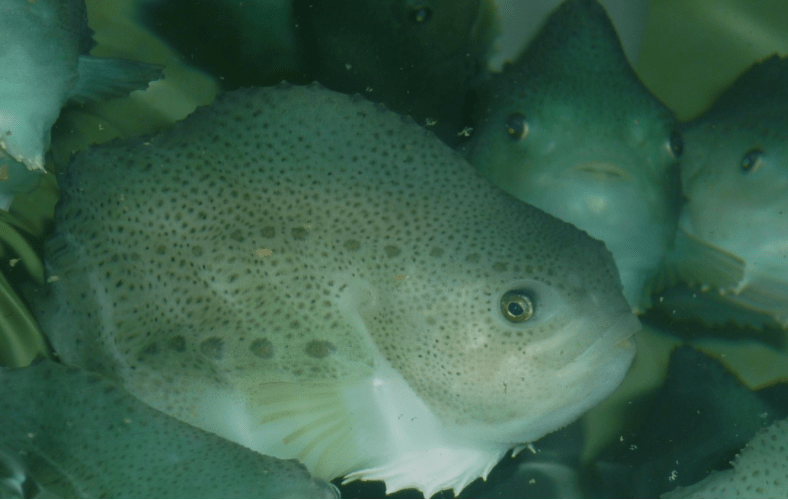 Researchers at the University of Stirling have developed a new tool that fish farmers can use to improve the welfare of species crucial to tackling the problem of sea lice in salmon. Scottish Sea Farms participated in study.

A new study by a team led by Dr Sonia Rey Planellas at the University of Stirling’s Institute of Aquaculture has established the correlation between lumpfish growth weights and welfare.

It has turned it into a tool farmers can use to assess the health of the fish and take remedial action if required.

Different shape
The project was a collaboration between the University of Stirling, including modelling by lecturer Bruce McAdam; the Scottish Aquaculture Innovation Centre (SAIC); the Fisheries Society of the British isles (FSBI) and several salmon companies. Its focus was to improve non-medicinal measures to manage sea lice.

“At the moment, in the UK we use Operational Welfare Indicators (OWIs) for fish welfare, but lumpfish are a different shape to many other fish, so it’s about identifying the best indicators for each species,” said Dr Rey Planellas in a press release.

“Fin damage is typically the indicator that is used, but in this study we found a more useful indicator was the correlation between growth weight relative to size and welfare,” she added.

The researchers collected data from 456 fish from two different environments: a hatchery at Ardtoe in Scotland and in salmon sea cages in the Faroe Islands and Scotland, in conditions approved by the University of Stirling’s Animal Welfare and Ethical Review Body.

Calculate optimal times
They developed four indices based on weight and length comparisons, correlated with the OWIs for lumpfish, to develop a formula that calculates an overall score of above or below 2.8 (for other fish the figure is 3). Above 2.8 means the fish is fine, below means the condition is sub-optimal and farmers must take remedial action. Farmers input their measurements into a free online tool.

“It can help farmers calculate optimal times to introduce the lumpfish to the salmon, for example,” said Dr Rey Planellas. “Lumpfish can sometimes grow very fast, which leads farmers to introduce them too early, when the waters are still too cold. This is not good for welfare outcomes,” she added.

Hugely helpful
Jim Treasurer is a scientist with food security research, data and consultancy business Fai Farms near Fort William. He worked on the study and works closely with fish farmers. “This tool will help farmers identify fish that are below average condition for the population in the cage, and will indicate a need for prompt, remedial action, such as modifying feed,” he said

Scottish Sea Farms Head of Fish Health and Welfare Ralph Bickerdike participated in the study.  He said that “the welfare indicators identified from the project have since been adopted at those of our farms using lumpfish to help control sea lice levels and have proven hugely helpful in ensuring high welfare standards among our cleaner fish.”