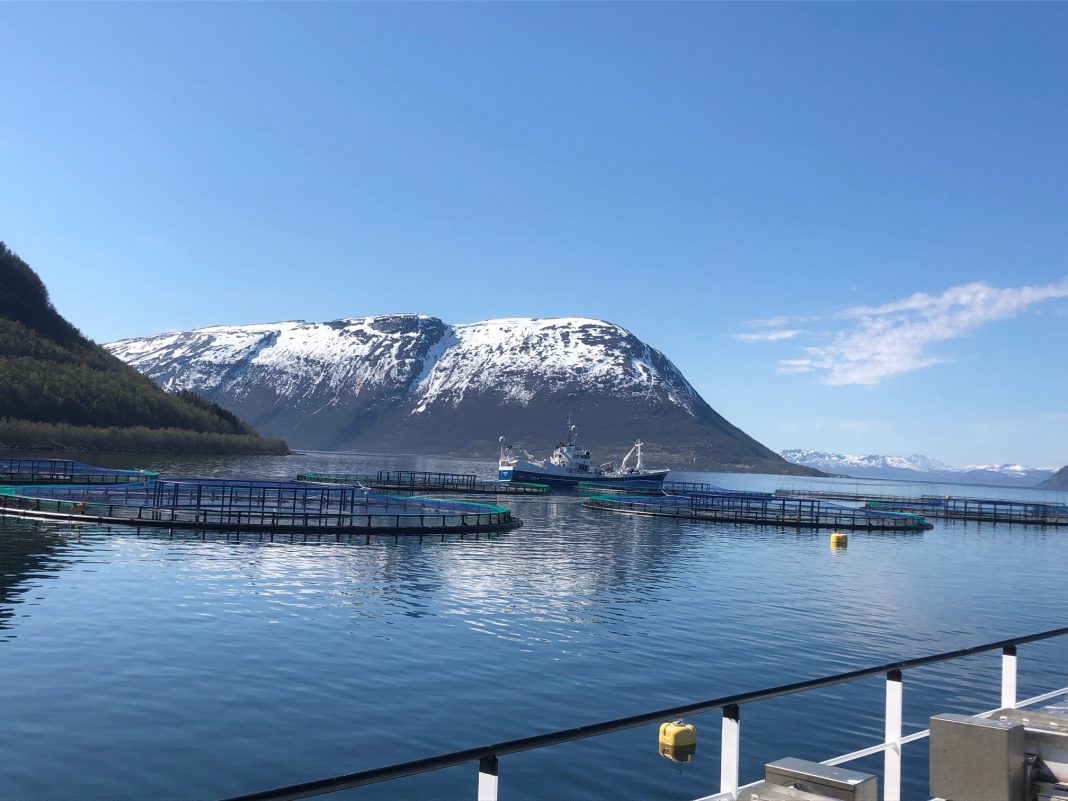 “It’s strange to see. Above the water there is brilliant weather and completely quiet, but under the sea surface the situation is quite different,” says communications manager at Nordlaks, Lars Fredrik Martinussen.

The work to clear salmon farmer Nordlaks’ site Ytre Stræte after the algae bloom has been going on since it was discovered mortality on May 14, and will be completed Monday night or night until Tuesday.

As with several other players in Ofotfjorden, Northern Norway, considerable quantity of salmon has been lost at Nordlaks. In total, up to 1.3 million fish are dead, corresponding to 80 per cent of the entire biomass at Ytre Stræte. Communications Manager Martinussen states that the fish had an average weight of about 1.3 kilos.

“It’s a serious event. First and foremost from an animal health perspective. It is brutal for those who work here that something like that happens. How expensive this will be remains to be seen, we must sum it up when that time comes. It’s a big financial loss,” he says to SalmonBusiness

Calmed down
The last status is that it calmed down on May 18 and Nordlaks has not seen any new mortality since then.

Currently, Ytre Stræte is the only Nordlaks site that is affected by the algae. But the situation in and around Ofotfjorden is still unclear. Martinussen says that Nordlaks has for several days been working on a plan to evacuate fish from sites that are in danger of being exposed to algal attacks.

“Various scenarios have been worked on to reduce the risk. Our focus is to take care of the fish in the area. Several locations have been prepared to accept fish that are exposed to,” he says.

Martinussen says that they will initially evacuate fish to sites in the Vesterålen region. This work will probably start on Tuesday. The fish that is to be evacuated initially is between 600 and 800 grams.

Thinking long-term
According to Martinussen, Nordlaks works closely with both the Norwegian Food Safety Authority and the Directorate of Fisheries in order to get the necessary approvals to evacuate the fish.

“We work with the authorities and look at the modeling that comes with regard to currents. We plan on the assumption that this can last for a long time. As of now, we simply do not know how long the algae situation will persist. When a similar situation occurred in 1991, it persisted over a longer period. That’s what we have to plan out from here,” says Martinussen.