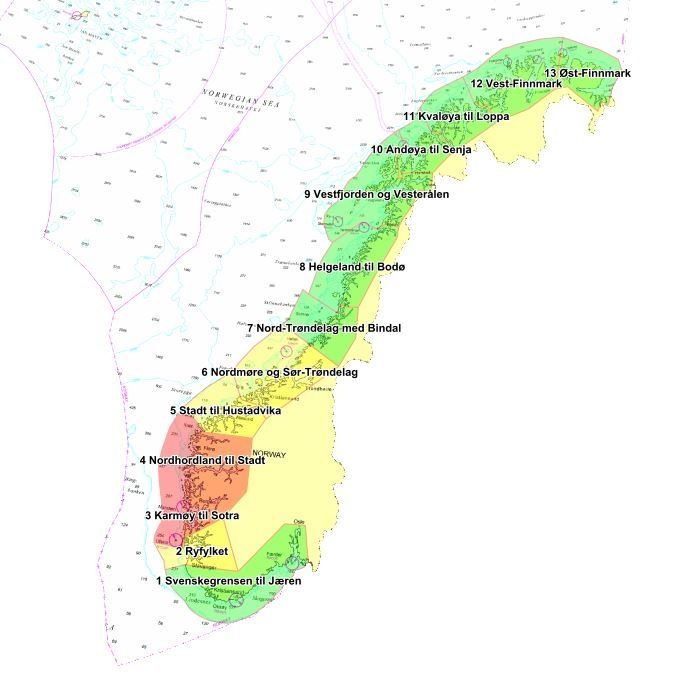 The Norwegian Seafood Federation has criticized Oslo’s plan to auction off two-thirds of extra biomass allowances at existing sites to the “highest bidder”, saying it’ll exclude those the industry growth measure is intended to reward — salmon-farmers with the best environmental record.

Under Norway’s so-called “traffic-light” regulatory system, salmon-producing zones are shaded red, yellow or green on a map denoting where new farms can be placed. An area of high lice counts would be shaded “red” on a map.

The Federation said that the government’s new auction proposal emphasizes a salmon farmer’s ability to pay rather than their ability to farm. They called it self-defeating for hampering those that have contributed to turning an area “green” in the first place, so they oppose auctioned growth going to the highest bidder.

Instead, the Federation recommends the Fisheries Ministry — which has been publicly airing its auctioned growth idea for several weeks — allow “greener” bidders to bid on two production zones they can choose between. In contrast to proposals in Scotland toward larger biomass allowances, the Seafood Federation thought smaller might be better for some applicants.

“Seafood Norway supports the principle of making it possible to bid on a smaller quantity than conventional license sizes previously have been. This provides flexibility for growers and the ability to adjust their bids to their preferences,” the Federation said in a letter to the Fisheries Ministry.

Many of Norway’ salmon-farmers have already lodged applications for allowances of two percent, for which some payed about EUR 12,400 per extra tonne. It is proposed that allowances for six-percent growth at existing sites be auctioned off next.