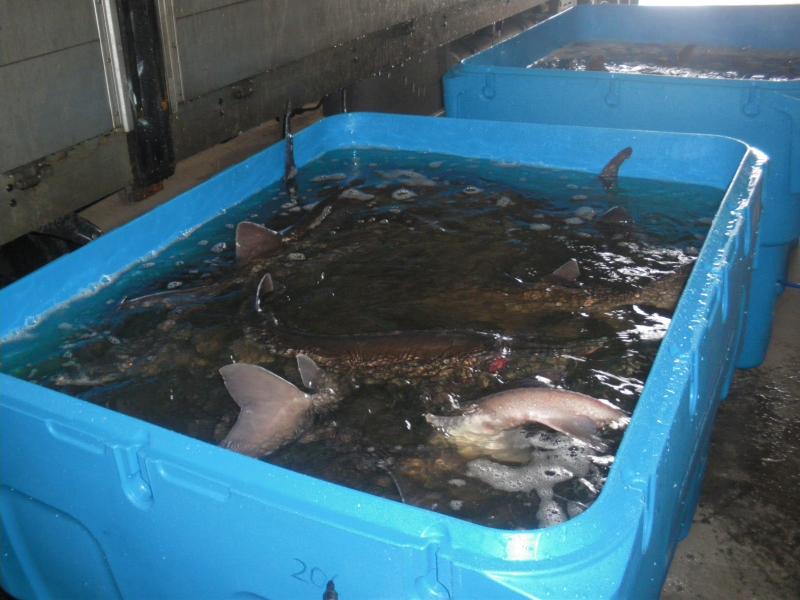 He nearly gave up on his idea but was pulled back from the brink thanks to late night TV...

Sensor technology for live fish transportation had its limitations ie it was non-existent. But thanks to some innovation and a TV programme about arctic submarines, all that is about to change.

Robert Robertsen, renowned entrepreneur and general manager of the TROMSO company, Lipfish, has accidentally stumbled upon a solution to improve sensor technology in tanks used to transport of live fish.

Earlier this month Lipfish had obtained a European license to sell FishPac live fish transportation bins under licence in Norway.

FishPac live air transport systems are developed in Australia and have been in use there for a while as well as in the United States and Canada. But Robertsen had an idea how he could improve the sensor technology on the apparatus.

“The idea was to have sensors that could log the water’s oxygen, PH, salinity and temperature levels. Since these measurements can vary, I had to think of something that could send wireless values ​​of the water to a transmitter which in turn sends this to either a PC, iPhone and Android. I also wanted to be able to track the fish too” said Robertsen.

An unlikely inspiration
However developing something that could send signals from an underwater sensor wasn’t easy. It hadn’t been done before. Robertsen interviewed nearly every major aquarium in Norway and came back with nothing. No one had heard of such a thing. Insiders from the aquarium equipment industry even told him bluntly that it just wasn’t possible.

“After working on it for over three long months, I was just about to give up,” says Robertsen.

But then, almost out of nowhere, he had a brainwave.

“I watched a TV show about the polar ice caps melting in Antarctica. What interested most was a team of Americans who were taking similar samples of the values ​​I was most interested in, though they were in a submarine,” he said.

Robertsen began researching the US market and contacted a leading manufacturer of sensors called Sensorex in Los Angeles.

At first, they were slightly sceptical and less than convinced. But Robertsen’s entrepreneurial skills helped out.

“Thankfully I persisted. I kept telling them about all these possibilities within the seafood sector. And in the end, I won them over.”

A total of ten engineers have been working on the project, and are currently in the process of finalising it. Delivery time is set to 1 July.

According to Robertsen, the system and software are so advanced that the tank is completely trackable, even down to the street level.

“It’s even got a better tracking system than what the post office uses for deliveries,” he says, adding that he has negotiated a license on the product as it is a joint venture between Lipfish and Sensorex.

Yesterday the company presented the sensor solution in TROMSO, together with representatives from FishPac in Australia to great avail.

The system rolls out in Norway
The company will initially invest in between 500 and 1000 fishing tanks with the new sensor technology in it. The plan is to sell or lease the system in Norway. Five plants will also be established in Finnmark (Hammerfest or Vadso), TROMSO, Bodo, Trondheim and Bergen.

“Then the rest of Scandinavia and the EU will be in a hurry to get involved ” says Robertsen ambitiously.

The transport of live fresh salmon is a crucial cargo, targeting high-end restaurants in countries such as the United States, Brazil and Singapore.