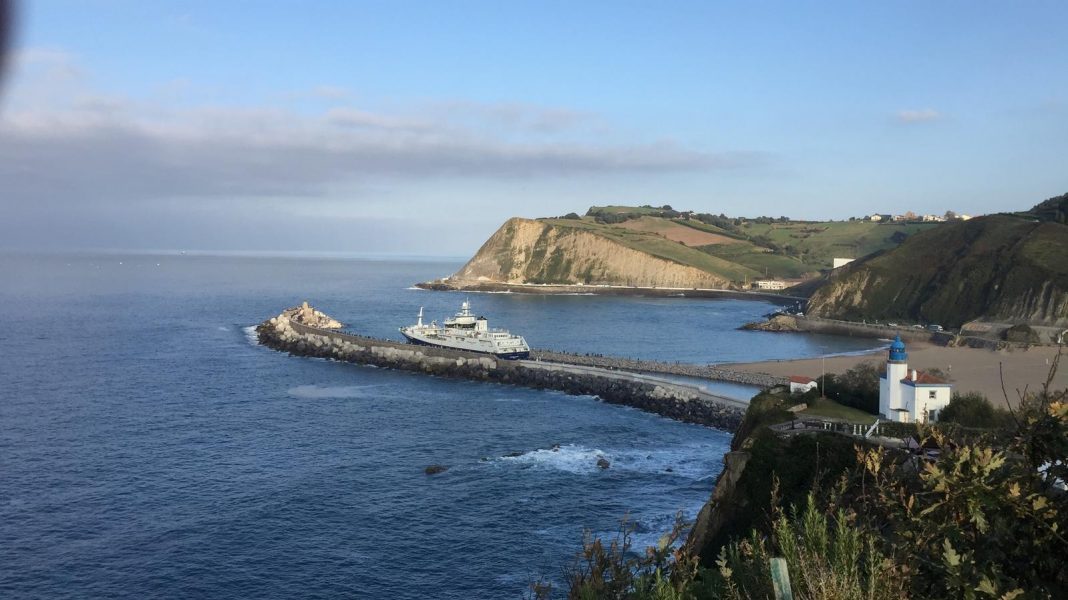 The “Gannet” has landed, and has started its first sea trials in Spain last afternoon.

On Thursday 25 October at 5pm, the new processing vessel, the “Norwegian Gannet” went out of Spains’s Balenciaga Astillero yard and into the seas.

Like a rock star, the boat slipped through the narrow canal in the small port town of Zumaia, in the Bay of Biscay. The entire Basque country town came out to celebrate and clapped as Captain Sigmund Våge confidently steered the boat safely out of the canal.

The vessel will going through several days of test trials before it sets off to Norway. The test will take place from the port city of Pasaies.

Calibrating
On board, there are technicians from a number of subcontractors who check and calibrate everything from compass, engines, rudder, stability and everything else that goes with approving a boat.
There are great expectations for the much-featured vessel, “Norwegian Gannet”, which combine the tasks of wellboat and processing plant, giving it a number of advantages.

“Less handling of salmon ensures better fish welfare and reduces infection pressure, stress, mortality and loss. The fish are harvested, cooled and delivered faster to the customer, which extends shelf life between five and seven days,” said Carl-Erik Arnesen, CEO of the shipping company Hav Line, to SalmonBusiness.

“Norwegian Gannet” is owned 50/50 by the families Sekkingstad and Haugland.