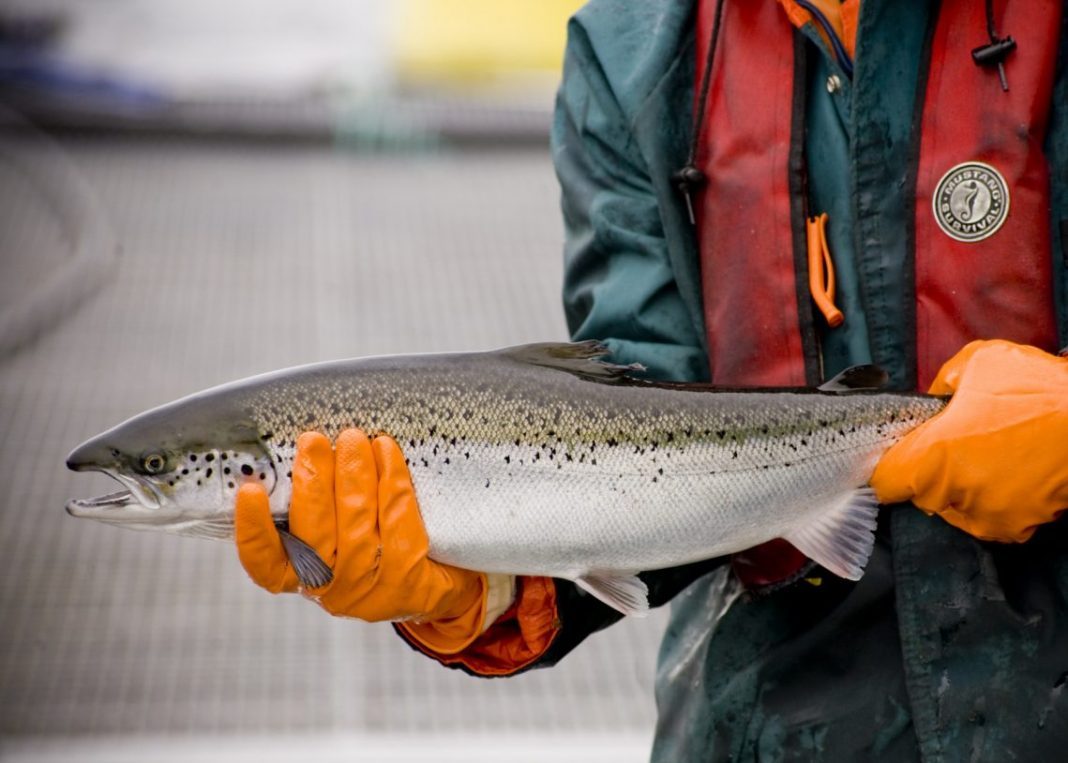 Ole Bendik Dale at Norwegian Veterinary Institute (NVI) says detections of viruses is a general phenomenon that they see from time to time and may appear as a new virus form the outside, but in their experience is that it is not necessarily so.

After detecting a “exotic” strain of PRV, fish farmer, Cooke Aquaculture Pacific, was required to cull its stock as the Washington Department of Fish and Wildlife considers virus a risk to Pacific salmon.

“You need much more information to rule out that the virus has not been present earlier and only became apparent due to changes in the environment conditions, new surveillance efforts and methods”, says Dale.

“The bottom-line is that PRV is a group of viruses widely distributed, and only occasionally linked to disease – and then in dense farm populations. This makes me ask: is it the farming conditions or the virus, or the combination – that leads to disease?”

The virus is everywhere
Dale say they have found a PRV connection to a particular disease (HSMI – Heart and Sceletal Muscle Inflammation) in farmed salmon in Norway since late 1990s.

“We thought that this was a new disease but when we started looking for the virus – it was everywhere. We have to realize that we are changing the conditions for the salmon in farming so that a previously unproblematic virus may have adapted to become pathogenic in a farm setting where the virus don’t get any penalties for harming your host. In the natural setting most long term host – virus relationship are not that disastrous” Dale explains.

A few years ago NVI found another PRV virus in diseased rainbow trouts in Norway.

“This adds to the complexity as while we have not detected any further outbreaks of disease due to this PRV-variant, there has been several cases of rainbow trout disease in continental Europe where they find this virus. However, the PRV in often not the only agent found, and one must take into consideration several other disease causes found,” Dale says.

“Would not be culled in Norway”
Even though he thinks the situation in Washington would not end in a culling in Norway, he is careful not to jump to any conclusions.

“I think that from what we see in Norway – I would not be looking at this virus as a major risk for disease, but it’s certainly can cause some losses in farmed fish kept under very close containment. I can’t really say anything about the conditions in Washington. If we had such a situation here, I don’t think we would cull any fish – but because we know this virus is widespread and the group of viruses consist of many variants – we have to be careful not to jump to any conclusions about this,” Dale says.

“What about PRV in eggs?”

“That’s a good question and we have been arguing about true vertical transfer we think when it’s inside the egg – not necessarily in the genome but at least inside the egg and more like the contamination problem carrying the virus with a shipment – not necessarily within the fish at all but the materials in the packaging might get contaminated – this is maybe a very prevalent virus. And we need to state that it has been infected before shipping that’s also very difficult,” Dale says and adds:

“We should be careful – you need a real good sequence data on that whole genome and need to have enough to compare with – and probably they don’t have either. To unravel where a virus comes from is a major job to do.”

Salmon Business has contacted the state of Washington for a comment.