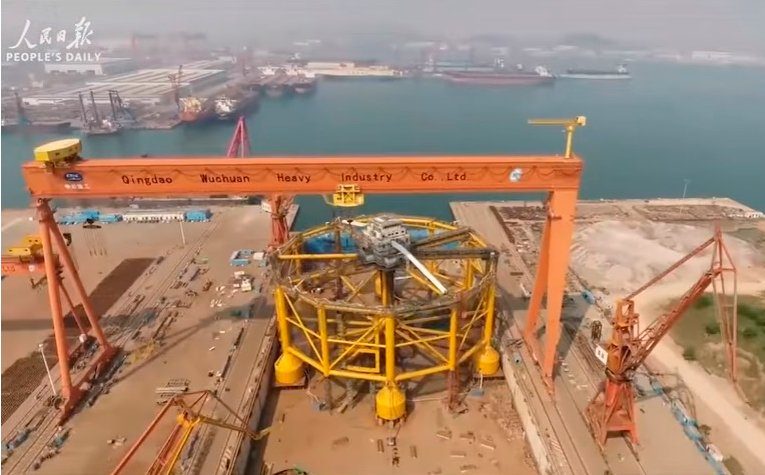 SalMar’s giant offshore platform ‘Ocean Farm 1’ has passed the southern tip of Africa, on its journey from Asia to Frohavet, off Trondelag, Norway. Principal shareholder Gustav Witzøe is looking forward to the inception of a new ocean farming license system.

The 7,000 tonne heavy steel construction was built at the Wuchang Shipbuilding Industry Group’s offshore shipyard on the outskirts of Qingdao in eastern China.

Stocking farm this autumn
“Now it’s somewhere between Madagascar and South Africa, and will round the Cape of Good Hope 29th July,” Witzøe told the news website Adressa.no.

The offshore production platform is scheduled to arrive Frohavet on 1st September, and the first release of fish into the production enclosure will occur around three weeks later.

“We are thrilled that we achieved this within budget and time schedule, and all while relations were still blocked between Norway and China.”

Pricing
Witzøe hopes that with the first generation of fish produced in the offshore farm, they will already have met the targets set by the Directorate of Fisheries for the new development licenses. Eventually the licenses can be converted to standard ones.

“What we expect from the politicians is that they implement a system for offshore marine farming licenses, and that clarification is provided with regard to pricing of these,” Witzøe said.