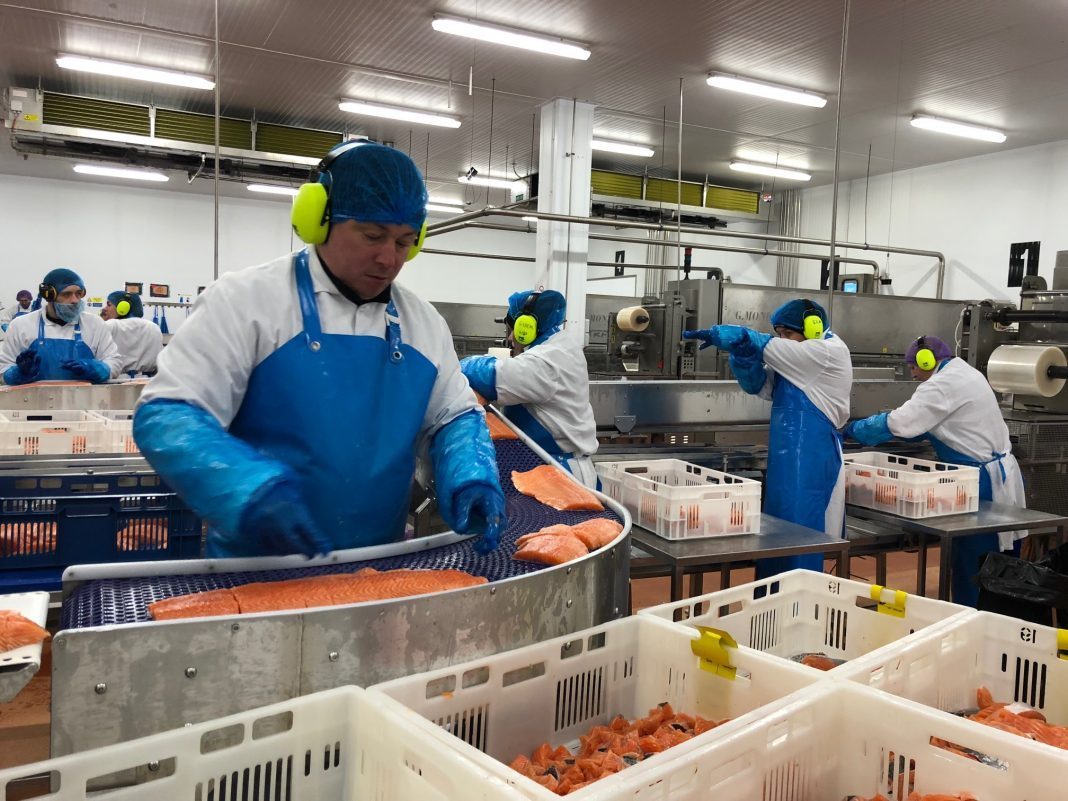 Marine Harvest’s only processing plant on the Scottish East Coast is preparing for two major challenges: Brexit and marketing a brand new brand.

The gray-painted aircraft carrier “Queen Elisabeth” is sunbathing on the Navy Base in Rosythe. Like the Royal Navy flagship, Marine Harvest Scotland has its base here, a half-hour drive northwest of Edinburgh.

The flashy new Mowi signs have come in place, in time to face corporate management and a long queue of connections from banks, brokerage houses, investors and the press in connection with the fish market giant’s capital market day. At the entrance to the processing plant, a kilt-clad bagpiper jumps into the national anthem “Scotland the Brave”. The tone is set.

Earlier today, at the Marine Harvest event announced that the company will change its name – just like its new branding: Mowi.

“We have been a sole supplier to Sainsbury for the last ten years, while Aldi and Lidl deal with several suppliers. Aldi also receives goods from Morpol’s factory in Poland, he added.

“One of the biggest challenges in processing is carcass utilisation – to exploit the most of the fish,” said Jordan.

Production is  at full capacity in the processing plant. As of writing, this mid-November, the demand for salmon is at its highest.

The production lines are filled with staff who cut out fillets and remove bones, sorts and packs the fish. Many of the workers are from Eastern Europe.

Brexit
“It has been a tough job to recruit people, but the labor market has become a bit tighter, as some workers from Eastern Europe are skeptical in advance of Brexit,” said Bertil Beusse, a tall Belgian, managing director of the Marine Harvest Processing Division.

Inside the smoker’s compartment, fillets are salted and dried before they are smoked in wood from whiskey barrels. For every discerning customer.

He added that he sees no reason to complain about prices.