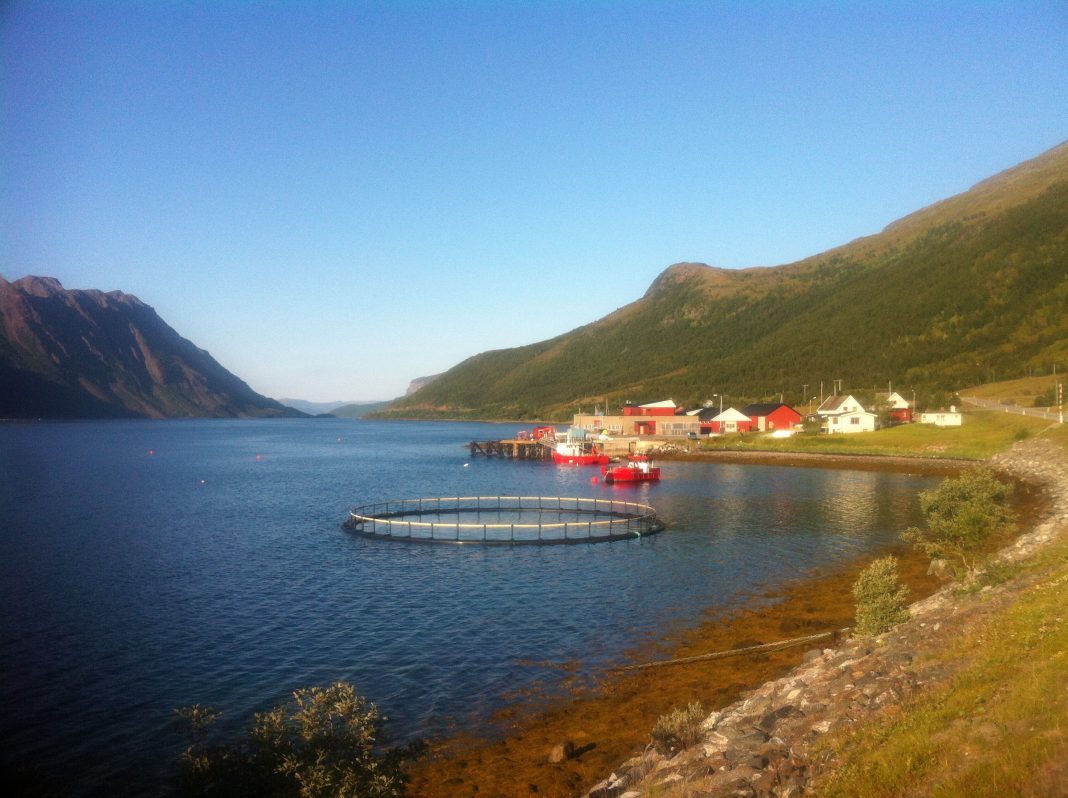 Langfjorden in Western Finnmark, Norway. The home base for Cermaq Norway’s subsidiary, Langfjordlaks. But there was a time when the dreaded battle cruiser ‘Scharnhorst’ was the commanding presence here.

Founder Arne Kristiansen built up Langfjordlaks into one of Norway’s most profitable marine farming companies. The company had three production licenses and a slaughter plant, and the entire operation was located here in Langfjorden, close to the North Cape in Norway’s extreme north.

In 2006 Cermaq’s subsidiary Mainstream laid € 9 million on the table to acquire all the shares in the company. Today the company is a crucial component of Mainstream’s operation in Western Finnmark.

When Salmon Business visited the old Langfjordlaks’ land base, there wasn’t a soul to be seen. Inside the cold storage plant it was empty, where there had once been plenty of fish. From the shore it’s possible to look over to the company’s two marine farm sites: plastic rings surrounded by yellow buoys.

70 years ago there was a totally different presence that dominated Langfjorden. A 39,000-tonne steel battle cruiser, 235 metres long and armed with a main battery of nine 11-inch guns.

KM ‘Scharnhorst’ was launched in 1936, and gained notoriety during World War II. Together with her sister ship ‘Gneisenau’ the ‘Scharnhorst’ sank over 200,000 tonnes of Allied shipping. Among the most high-profile sinkings was that of the British aircraft carrier ‘HMS Glorious’, where the ‘Scharnhorst’ achieved one of the longest-range naval gunfire hits in the history of maritime warfare.

Due to the ship’s rampage of destruction in the Atlantic, and not least, a daring escape through the English Channel, she gained the nickname of ‘Lucky Scharnhorst’ at home in Germany. Even though the heavyweight battleships ‘Bismarck’ and ‘Tirpitz’ received much more attention, neither of them came anywhere near to matching the deadly CV of the ‘Scharnhorst’.

The ‘Scharnhorst’ was sent to North Norway to support the ‘Tirpitz’ in March 1943. Together they comprised a formidable assault force and threat to the Allied convoy traffic to Russia. While the ‘Tirpitz’ was anchored in Kafjord, another arm of the Altafjord, Langfjorden became the home base for the ‘Scharnhorst’. Both were anchored in close proximity to the mountains, which served as shelter against Allied air assaults.

However, the ‘lucky’ ship’s enemies finally caught up with her. The ‘Scharnhorst’ was sunk on Boxing Day, 26 December 1943, in the icy waters off the North Cape, after having been vanquished by a superior British force led by the battleship ‘Duke of York’. Only 36 of the ‘Scharnhorst’s’ crew of 1,968 men survived.