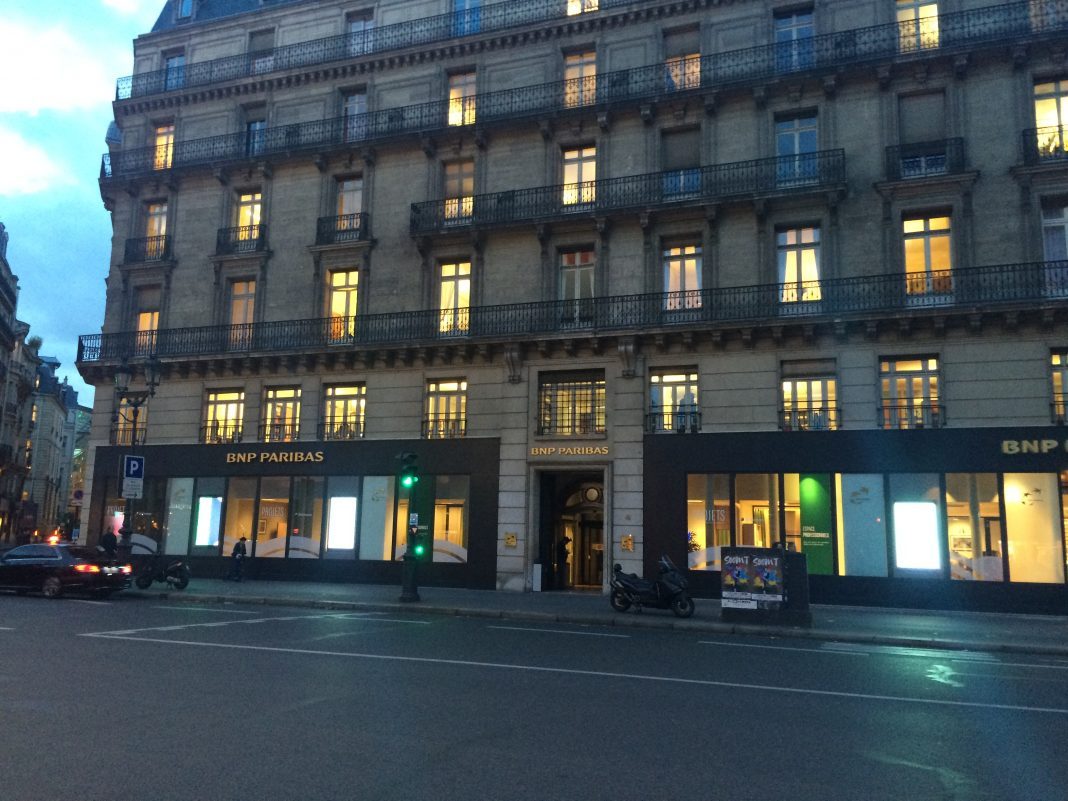 The birthplace: Rue d’Antin, adjacent to the opera in Paris. Here at the head office of the Banque de Paris et des Pay-Bas. Photo: Aslak Berge

But how can it add up that World’s first – and for many years the dominant – salmon-farming company was established in the French capital?

Norwegian aluminium and fertilizer giant Norsk Hydro’s powerful CEO Johan B. Holte graduated from the Norwegian Institute of Technology (NTH) in Trondheim in 1938. One of his classmates was from Voss; Johan Laerum.

Laerum, who would later head a large jam manufacturing enterprise, began work on finding out how to farm salmon and trout, together his manager Johan Ernst Mowinckel and Fridtjof Wiese-Hansen, head of Bergen Aquarium in the sixties.

Carrying out this work required money. Dialog with Norsk Hydro had commenced in 1968, and would soon be formalised. Capital is a prerequisite for industrial salmon production, and Hydro was able to offer both capital and industrial savvy.

French owners
Norsk Hydro was dominated by French interests. When the industrial company was established in 1905, it was the Swedish Wallenberg family that raised the finance through Banque de Paris et des Pay-Bas. In 1905 98 percent of Hydro was owned by foreign shareholders, primarily French and Swedish.

Autumn 1969. CEO Johan B. Holte prepares for the next board meeting in Paris. French shareholders sit on 37 percent of the shares in Hydro. Accompanying him to the board meeting are Odd Narud, Sverre Kittelsen and the future CEO Torvild Aakvaag. Here, in the meeting rooms at Banque de Paris et des Pay-Bas (later rechristened to Banque Paribas) is where MOWI is born.

September 23, 1969. The first general meeting is held in Oslo a few weeks later, according to the book “En plog i havet – historien om MOWI” (“A plough in the sea – the history of MOWI”).

Scepticism
They were on historic ground. In one of the neighbouring rooms was where Napoleon Bonaparte said “I do” and married his Josephine in 1796. Napoleon crowned himself as Emperor of France in Notre-Dame Cathedral in 1804.

The French were sceptical about MOWI. They were scared the entry ticket would be far more wide-ranging than NOK 2.3 million, and they viewed this as a development project.

“Not a penny more,” was the instruction Johan B. Holte gave those responsible for the salmon when he returned home.

But there was to be more, much more – and Hydro would finance this off its own back.

Funding would not be a problem. Just before Christmas the same year, Hydro’s business partner Phillips struck oil in the North Sea.

Money mushroomed
But while Napoleon and Josephine’s marriage remained without offspring, MOWI on the other hand, proliferated.