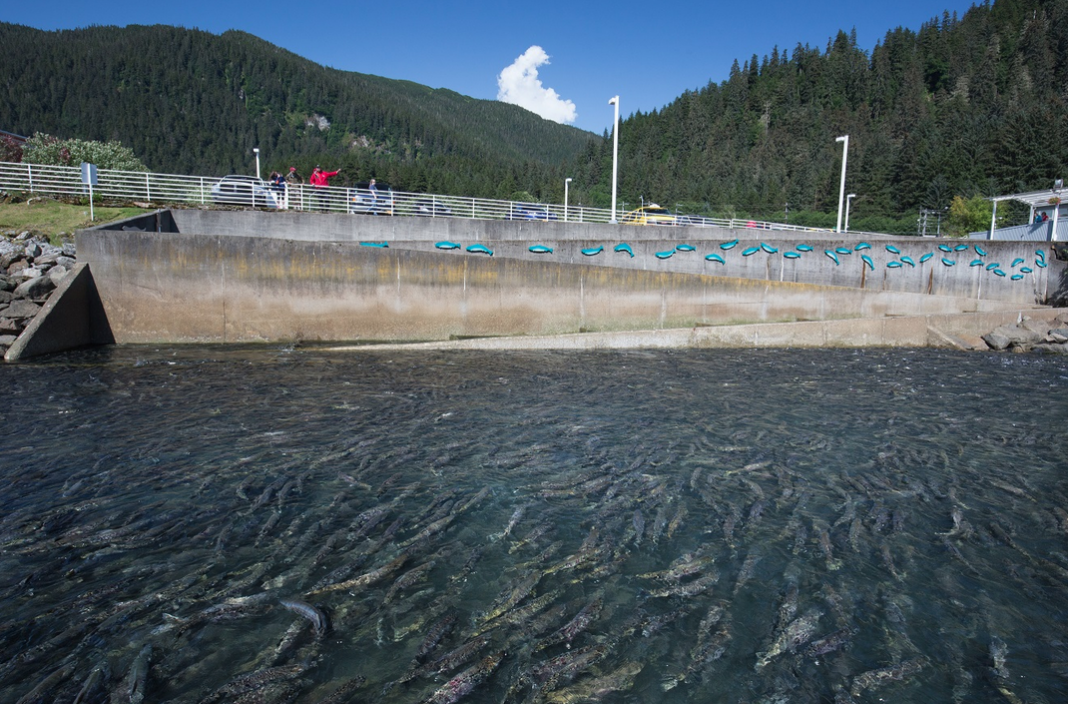 Young chinook salmon, coho salmon and rainbow trout would have been released in spring 2021.

Alaska Public Radio reports that the Macaulay Salmon Hatchery in Juneau, also known as DIPAC, has had to cull thousands of fish after a landslide damaged a pipeline that supplies its water.

DIPAC currently incubates, rears, and releases four species of Pacific salmon; chum, chinook, coho and sockeye. The chum and sockeye species are produced for the commercial fleets, whereas the chinook and coho were initially produced for the Juneau and Haines sport fishing fleets.

Heavy rain triggered the landside where the pipe was situated, and without a freshwater source, hatchery staff had to decide which fish to keep or let go with the remaining water.

Fish that had to be destroyed include young chinook salmon, coho salmon and rainbow trout that would have been released in spring 2021.

“It’s permitted to raise 135 million chum, 1.5 million coho, 1 million chinook and 50,000 rainbow trout. It can hold up to 300 million eggs and is one of the eight largest salmon hatcheries in Alaska,” wrote Alaska Public Radio.

The Macaulay Hatchery was completed in June of 1989 at a capital cost of USD 7.4 million dollars, which was nearly the same amount as what the Russians paid for Alaska in 1784.