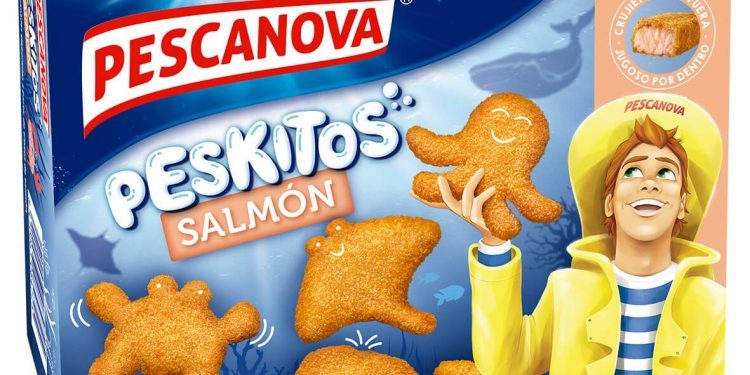 New addition to range which has been around since the 1990s.

In a press release, the company wrote that “the commitment to present fish in fun ways” was the main driver behind the new salmon product.

Peskitos come in different forms of marine animals, such as fish, shark, dolphin and starfish.

Along with the incorporation of the new variety of salmon, Pescanova has also renewed the logo and image of its children’s products.