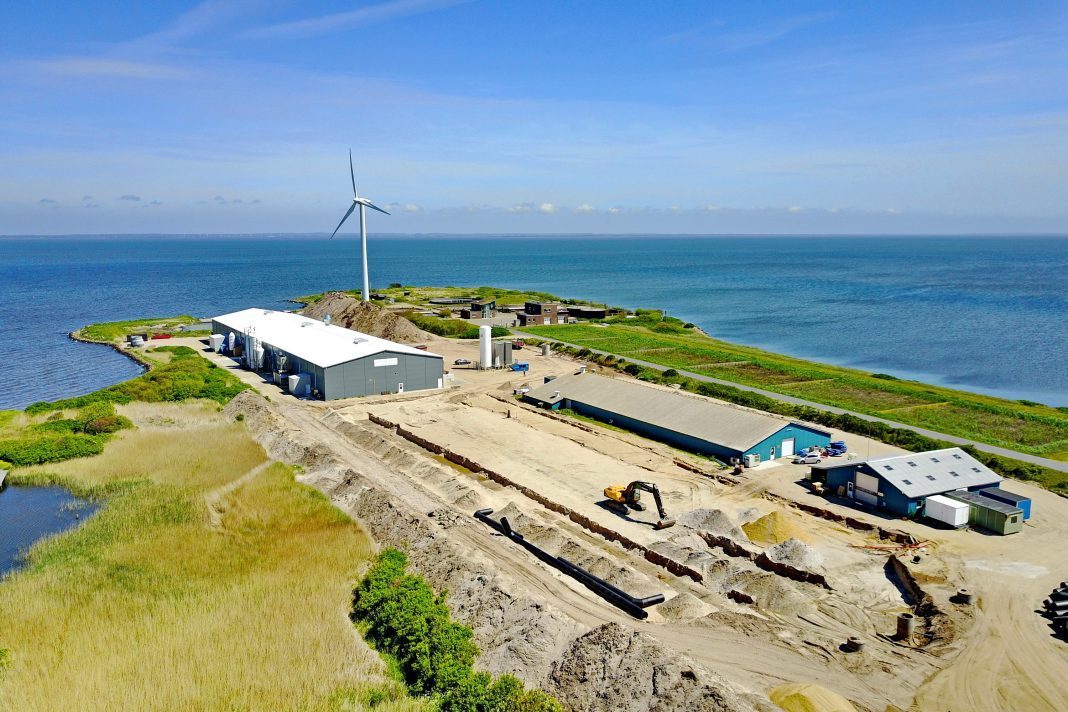 On the outskirts of the idyllic fishing village of Hvide Sande, Denmark, about an hour’s drive north of the Port of Esbjerg, is where visionary Atlantic Sapphire has established its test lab for land-based salmon production. Now it is expanding the facility with sights set on near-tripling production.

Langsand Laks is namely in full swing with extending its land-based fish farming operation. At present the production hall contains a concrete tank with annual production capacity of around 1,000 metric tons of salmon.

Diggers are already busy excavating the site next to the existing production plant. Soon a new and larger construction will be visible on the property.

Andreassen is domiciled in Miami, Florida, where he is fully occupied with Atlantic Sapphire’s build of the world’s largest land-based salmon farming complex.

– “Langsand 2” is a clear-cut grow-out-system extension, as we already have the existing infrastructure for hatching, smolt and slaughter plant. The expansion will provide massive savings in costs and bring production costs at the plant down to a competitive level. In addition this is a blue print of one of the cells we are building in “Miami Phase 1” so it will provide the group with vital data on performance and potentials for incorporating minor adjustments,” wrote Andreassen.

21 generations
“Langsand 2” is designed on the backbone of 21 generations of salmon produced in “Langsand 1”, and all the bottlenecks and challenges that have been uncovered in the last six years forming the basis for our 2017 design. “Langsand 2” will be completed by January 2018, he explained.

“During the last year at Langsand we have focused on slaughter size and product quality, and over time have succeeded in delivering the right market size on slaughter-ready fish. We’ve also succeeded in resolving challenges connected to RAS. Premature sexual maturation is also a challenge that appears to have been remedied, since we don’t have a higher sexual maturation rate than is the norm for cages in the sea in Norway. JEA Index (yield per m3 tank volume) is also one of our most important KPIs that we have also succeeded in proving worthwhile progress,” he said.

Overseas
Meanwhile, Andreassen stresses that his team has most faith in land-based salmon farming being located in overseas markets, where prices for fresh salmon are considerably higher than in Northern Europe.

“But even though the Atlantic Sapphire group believes that land-based salmon production shall take place first and foremost in markets far away from the major salmon-producing regions (Norway, United Kingdom, Chile), in markets with “air freight arbitrage”, Langsand will continue to function as our global innovation centre and play a strategically vital role in the future development of the group,” wrote Andreassen.